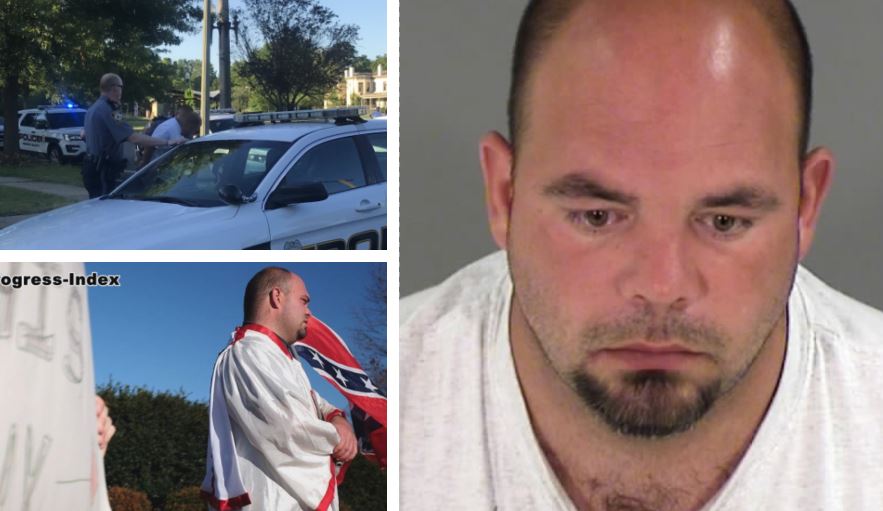 "I have no doubt Mr. Rogers was motivated by bigotry and racism and should be severely punished for his egregious criminal behavior," Henrico Commonwealth’s Attorney Shannon Taylor said following a court hearing.

"I am charging Mr. Rogers with the strongest form of assault and hate crimes permitted under Virginia law," she said.

Rogers, 36, had already been charged with two counts of felonious attempted malicious wounding and one count of felony hit and run for the June 7 incident near Richmond.

Rogers appeared in Henrico County Circuit Court for a bond appeal Thursday. His request was denied and he remains in custody.

In court, Chief Deputy Commonwealth’s Attorney Michael S. Huberman said a group of about 300 people marched peacefully in a demonstration advertised on Facebook.

Rogers made a U-turn over a median, according to investigators, and headed toward the group.

As he revved his engine to intimidate the protesters, two bicyclists were struck, investigators said. Another woman jumped on the hood of Rogers' truck to avoid being run over, according to police.

Rogers had a loaded handgun on his hip and an AR-15 assault rifle in his truck with full magazine police said.

Rogers' attorney argued in court that at least one bicyclist intentionally put himself in front of the defendant's truck, and that demonstrators had multiple chances to get out of the way.

Investigators said Rogers identified himself as the president of Virginia's KKK chapter, and had Klan paraphernalia in his home.

Huberman told the court Rogers had a recent brushes with authorities in May, when he was asked to leave a medical facility because he wasn't wearing a mask. He returned wearing a Klan hood and shouted "White power," as he was told to leave, police said. He was not charged in that incident
on June 26, 2020