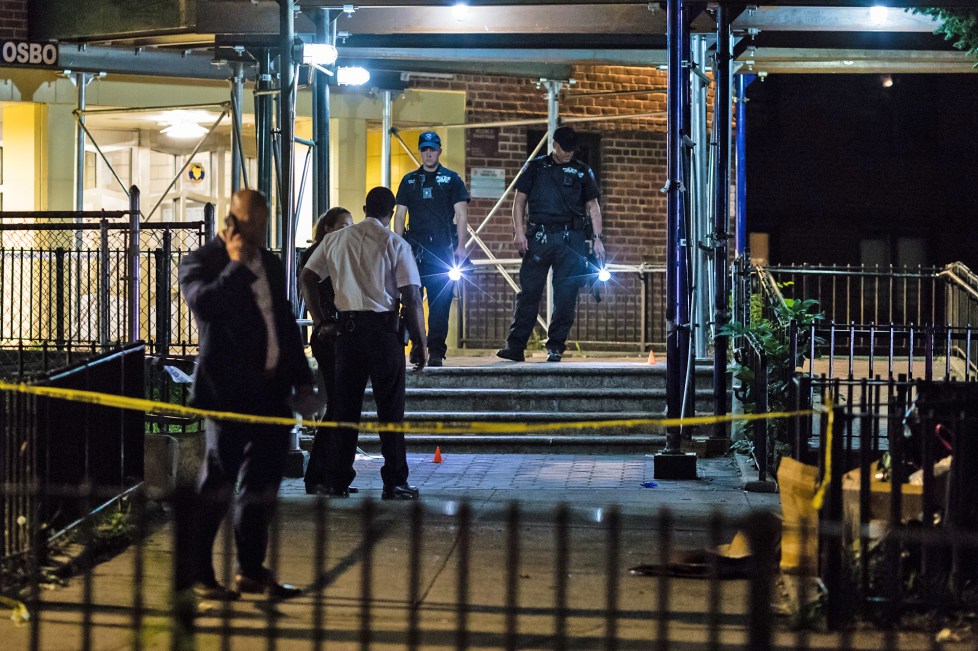 Police at the scene of a shooting in Brownsville, Brooklyn earlier this week.

Shootings are surging this week in New York City, with 28 incidents and 38 victims reported since Monday — the day the NYPD disbanded its plainclothes anti-crime unit, The Post learned on Friday.

By comparison, the same week last year there were only 12 shootings for the entire week.

In the most recent reported shooting, at 4 p.m. Friday in East New York, Brooklyn, a 27-year-old man died of multiple gunshot wounds to his torso, face and leg in front of 640 Stanley Avenue.

A 17-year-old boy who was also shot there was in stable condition, police said.

“This is what the politicians wanted — no bail, nobody in Rikers, cops not arresting anyone,” one angry law enforcement source said Friday.

“All those things equal people walking around on the street with guns, shooting each other.”

One murder happened Monday at 10 p.m. on Franklin Avenue in The Bronx, where a 34-year-old man was fatally shot in the back and hip; a second shooting victim at that scene was hospitalized.
on June 21, 2020