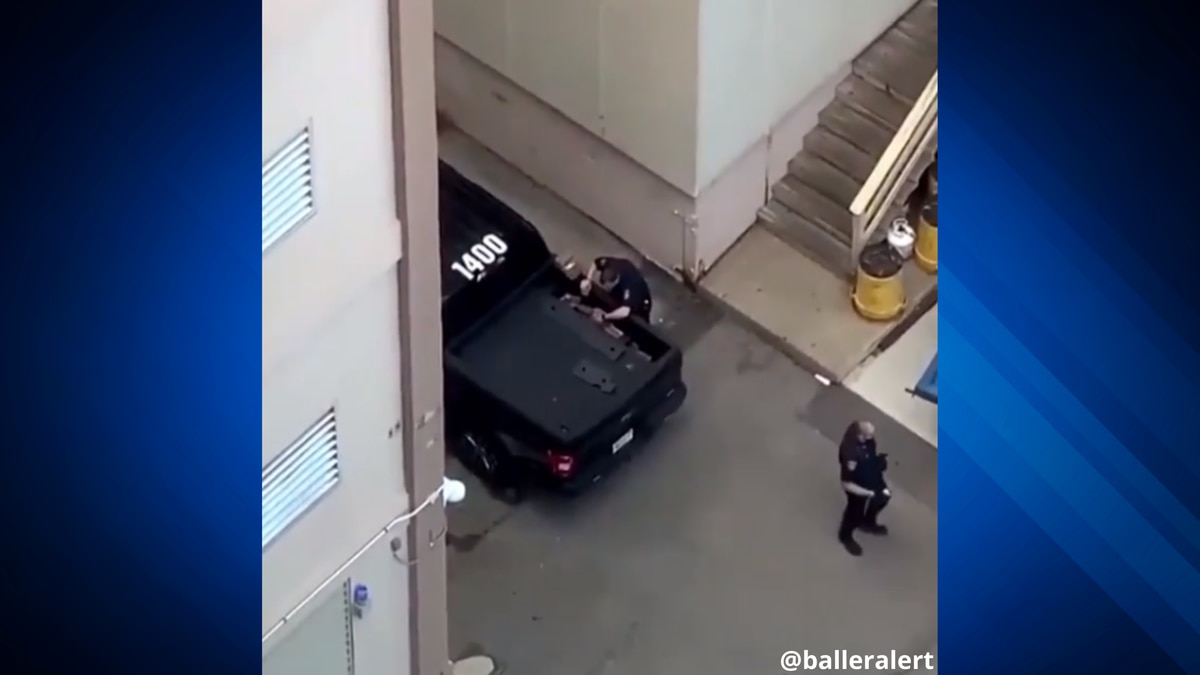 This comes as both peaceful protests and riots break out across the country over the death of George Floyd.

Boston 25 News received several messages on social media about the video and reached out to police for comment.

The Northeastern University Police Department released a statement on Twitter saying their officers were in the video and they were collecting bricks from a damaged sidewalk that posed a safety hazard.

"On Monday, June 1, while on a routine patrol of campus, two of our officers came across a damaged brick sidewalk at the corner of Tremont and Coventry streets that posed a safety hazard for pedestrians due to loose, upturned and broken bricks."
on June 02, 2020