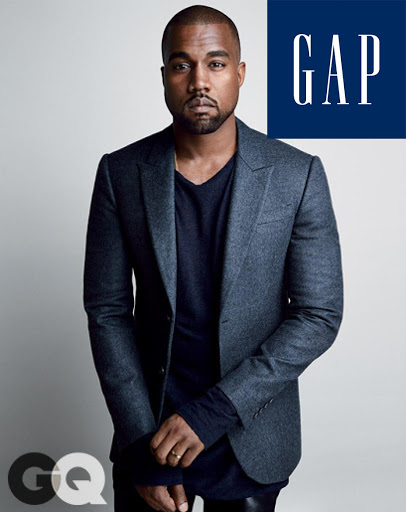 Kanye West has long been open about his desire to make clothing for the masses, and now it seems like he's getting a real chance to do just that. On Thursday, West inked a 10-year deal with Gap to produce a new clothing line called "Yeezy Gap," which will be introduced in stores in 2021.

The line is expected to sell for typical Gap prices of less than $100 per item, according to Business of Fashion, which means it will be far more accessibly-priced than the Yeezy clothing line that West first presented at New York Fashion Week in 2015. The partnership will showcase "modern, elevated basics for men, women and kids at accessible price points," according to a statement from Yeezy.

The collaboration looks like a win from both angles: West has been speaking about his desire to work with Gap for years, telling Style.com in 2015, "I'd like to be the Steve Jobs of the Gap... I'm not talking about a capsule. I'm talking about full Hedi Slimane creative control of the Gap." West also worked at a Gap store as a teenager in Chicago.

Meanwhile, Gap's slipping sales in recent years mean that it could use the infusion of hype that West has been able to bring to his sneaker collaborations with Adidas in the past. The retailer has shut over 3,300 stores and furloughed 80,000 employees due to the pandemic, reports Business of Fashion. It also canceled the collaboration it had announced with Telfar in January.

"We are excited to welcome Kanye back to the Gap family as a creative visionary, building on the aesthetic and success of his Yeezy brand and together defining a next-level retail partnership," Mark Breitbard, Global Head of Gap Brand, said in a release.

Yeezy Gap will just include clothing for now, while Adidas will still produce sneakers under the Yeezy name. Yeezy's value was estimated at $2.9 billion in April, according to a release.

What this means for West's sustainability aims, which he began talking about in the fall of 2019, remains to be seen, as producing clothing with a lower environmental impact can often drive up prices. We'll be watching this space to see how West and Gap navigate this new partnership together.
on June 26, 2020