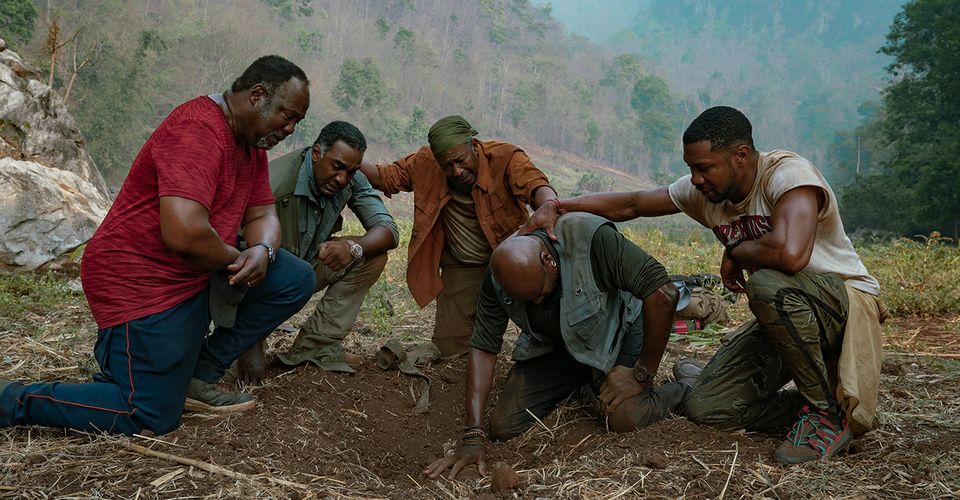 "Netflix's Da 5 Bloods could have had some big stars in the movie, including Samuel L. Jackson and Denzel Washington. Spike Lee’s latest film has been receiving some glowing reviews as of late, despite having been made on a relatively small budget, considering its amount of stunts and effects.

The film tells the story of four Vietnam vets who return to the small southeast Asian nation for the first time since the war ended. Known as the Bloods, the friends (Delroy Lindo, Clarke Peters, Norm Lewis, and Isiah Whitlock Jr.) are careful to tell outsiders that they have returned to Vietnam in order to find and bring the remains of the fifth Blood – Stormin’ Norman (Chadwick Boseman), back to the United States. While this is partly true, the Bloods also have a second function in Vietnam: to recover a substantial number of gold bars that they discovered and hid decades earlier during wartime. But of course, everything doesn’t go as planned. The film’s cast is a strong one, though Da 5 Bloods could have arguably benefited from younger look-alike cast members in the flashback sequences, as the lack of substantial difference between present-day Bloods and Vietnam-era Bloods can be distracting at times.


As it so happens, Lee’s casting choices did go through a small period of change prior to shooting Da 5 Bloods. However, the changes involved the main cast, with the previously intended line-up promising some serious quality as well. In an interview with Collider, actor and previous Lee collaborator, Giancarlo Esposito revealed that he had originally been set to star as a Blood in Lee’s latest film, alongside Jackson, Washington, and Washington’s real-life son, John David Washington. Unfortunately, the cast didn’t come together as intended due to scheduling conflicts. Said Esposito on Lee’s original casting choices:

“It was me and Samuel L. Jackson and Denzel Washington, and Denzel’s son. I just love and adore Spike Lee, and the messages that he created in his films that are so powerful and strong, and also because the cast he was talking to at that time. But it didn’t work out for any of us because the shoot got pushed, and Spike was wanting everyone to be there the whole time overseas when he shot it, and I was still shooting Better Call Saul, and was juggling that with Godfather of Harlem, so it didn’t work out. It was so hard for me not to be able to do that film.”

Fans of Lee’s work, as well as of heavyweights Jackson, Denzel and John David Washington, will likely be disappointed that things didn’t go as originally planned. Not to take anything away from the actual cast of Da 5 Bloods, but one can’t help but think that the film would have felt entirely different had Lee’s original choices been able to take on the roles of Bloods. Unfortunately, that’s just the path that movies take from time to time, with everything not always falling into place as initially believed or intended. It doesn’t seem that Da 5 Bloods was harmed in the least by going with the cast that it ended up going with – a testament to Lee’s superb direction and the talent of the cast involved.

Casting decisions have got to be one of the more tenuous aspects of making a movie. It’s hard to name a single hit film that didn’t, at one point or another, have other actors in mind for some of its most memorable roles. In the case of Da 5 Bloods, the star power that Lee originally had in mind wasn’t meant to be, but the film itself is one that has already made a permanent mark on the history and political climate of cinema."
on June 22, 2020