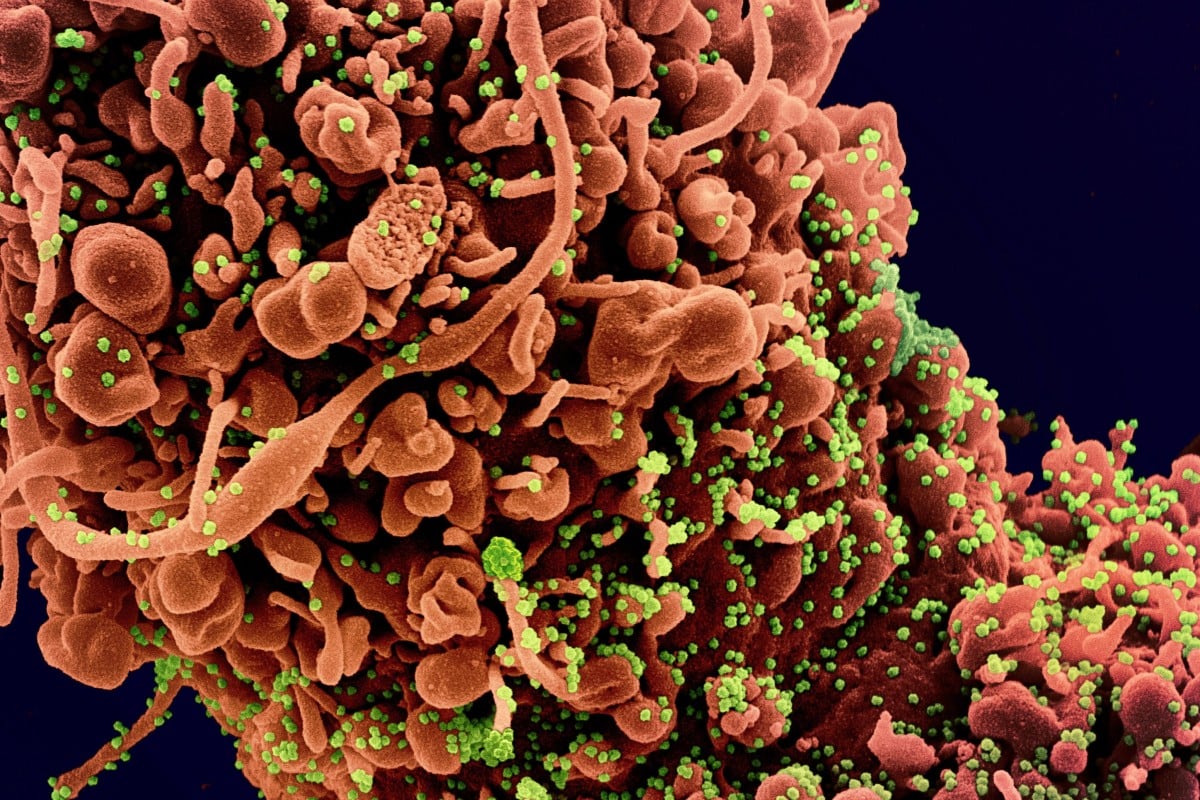 The new coronavirus could cause damage to the testicles without actually infecting them, according to a joint study by researchers from China and the United States.

They found that the virus could enlarge and attack the cells that produce sperm, possibly by binding to an enzyme on the cell surface.

But the researchers said there were almost no viral genes found in the semen and testicular tissue of patient samples, suggesting it was not a sexually transmitted infection.

“Sperm donation or an impregnation plan could be considered during convalescence for Covid-19 patients,” the researchers concluded in a peer-reviewed paper published in European Urology Focus on Sunday.

There has been debate over the potential impact of the virus on male fertility since it was first reported in the central Chinese city of Wuhan late last year.

Some research has detected male hormone abnormalities, but in other studies no trace of the virus has been found in patients’ sperm samples.

According to an earlier study in China, about one in five men reported “scrotal discomfort” after contracting the virus.

And in the US, the case of a 42-year-old man who sought emergency treatment for “constant stabbing pain that originated from his groin” and later tested positive for Covid-19 was reported in the American Journal of Emergency Medicine.

In the latest study, samples from 11 patients who died from Covid-19 in Wuhan were analysed by a team led by Ming Zhou, a professor with the Tufts Medical Centre in Boston, and Dr Nie Xiu, from the Huazhong University of Science and Technology in Wuhan.

They tested for viral genes in tissues involved in sperm and testosterone production, and some samples were also assessed for damage caused by the virus. But only one sample showed a trace of the virus, from a patient with a high viral load. That result could have been because the virus was “present in blood rather than in testicular tissue”, the paper said.

However, more than 80 per cent of the samples showed significant damage to the seminiferous tubules – the part of the testicles where sperm is made.

The cells making up these tiny tubes underwent “ballooning changes”, becoming much bigger than healthy cells. Some were also damaged to an extent that sperm production could have been affected, the researchers said.

They said it was unclear how the virus did this without entering the testicular cells but noted that the testicles contain an enzyme known as ACE2, which the coronavirus can bind to using a spike protein.

“We speculate that viral membrane proteins, such as the spike protein, may play a role in the injury,” the paper said.

Zhang Shuye, a principal investigator with the Shanghai Public Health Clinical Centre at Fudan University, who was not involved in the study, said there was growing support but “no direct scientific proof” for the theory that the virus could cause damage without actually entering a cell.

He used the ACE2 enzyme – which has important roles such as regulating blood pressure – as an example of how this could happen.

“A large number of viral strains can bind to ACE2 and can affect its normal function and [this could] lead to damage of certain cell types that depend on the enzyme,” Zhang said.

Damage found in the study samples could also have been caused by immune system malfunction, he added.

Some critically ill Covid-19 patients suffer from multiple organ failure, and previous research has suggested that this could be caused by a destructive immune system overreaction.
on June 05, 2020