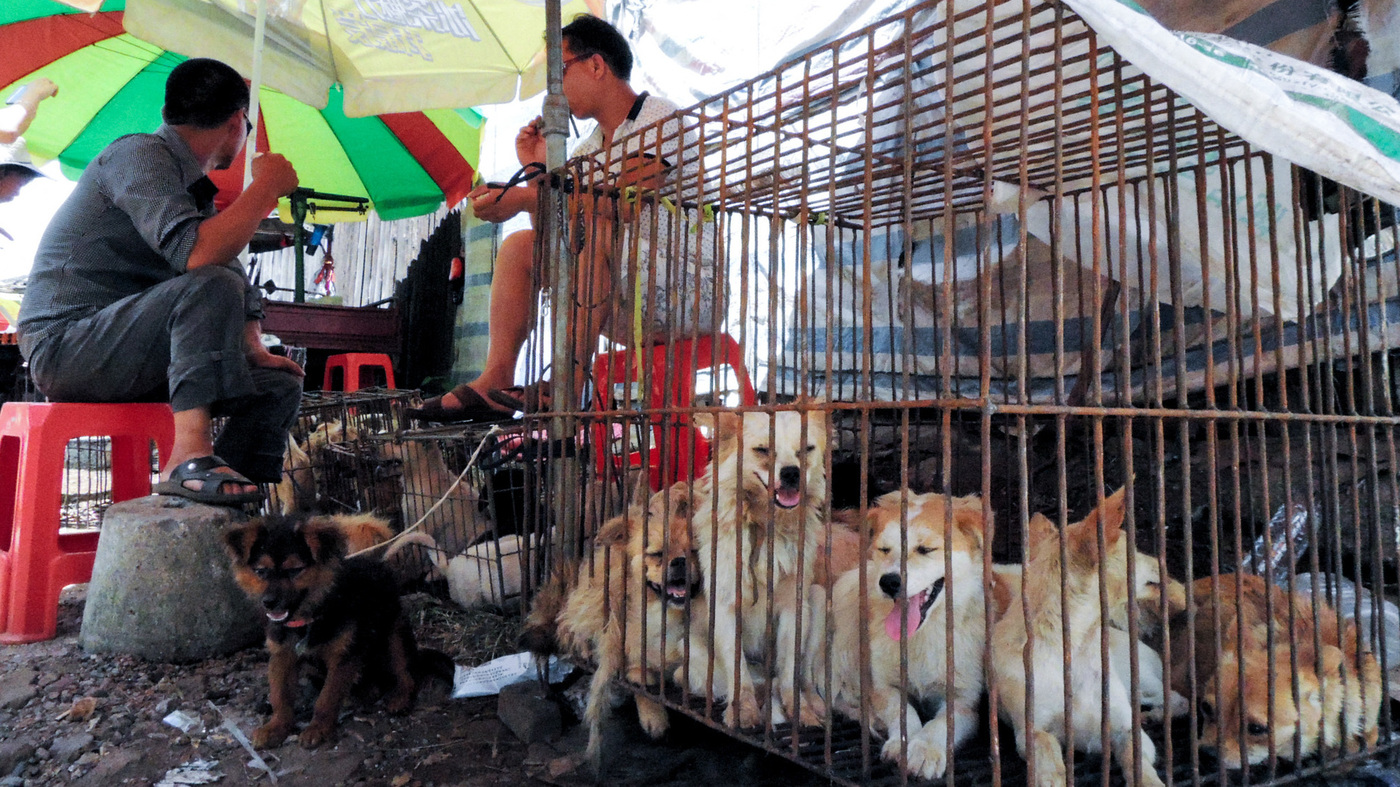 China’s controversial dog meat festival has kicked off despite new pushes from the government to improve animal welfare for health reasons stemming from the coronavirus pandemic.

Thousands typically flock to the 10-day festival in the southwestern city of Yulin, but activists said attendance this year has plummeted and they’re hoping the event will be the last.

“I do hope Yulin will change not only for the sake of the animals but also for the health and safety of its people,” said Peter Li, China policy specialist with the animal rights group Humane Society International.

“Allowing mass gatherings to trade in and consume dog meat in crowded markets and restaurants in the name of a festival poses a significant public health risk,” he said.


The government is considering new laws to ban the wildlife trade and safeguard pets after the coronavirus outbreak forced the country to reassess its relationship with animals.

The coronavirus was believed to have originated in bats before infecting humans in a wild animal market in the city of Wuhan.

The country imposed a ban in late February on the sale and consumption of wild animals, such as bats and snakes — claiming the issue had become a health concern.

The agriculture ministry, however, has moved to classify dogs as pets rather than livestock, prompting questions about how the change will impact Yulin’s trade.

Still, Shenzhen became the first city in the country in April to ban the consumption of dogs, with others expected to follow suit.

Zhang Qianqian, an animal rights activist, said Saturday at the Yulin festival that she believes eventually the dog meat festival will be banned.

“From what we understand from our conversations with meat sellers, leaders have said the consumption of dog meat won’t be allowed in future,” she said.

“But banning dog meat consumption is going to be hard and will take some time.”
on June 24, 2020