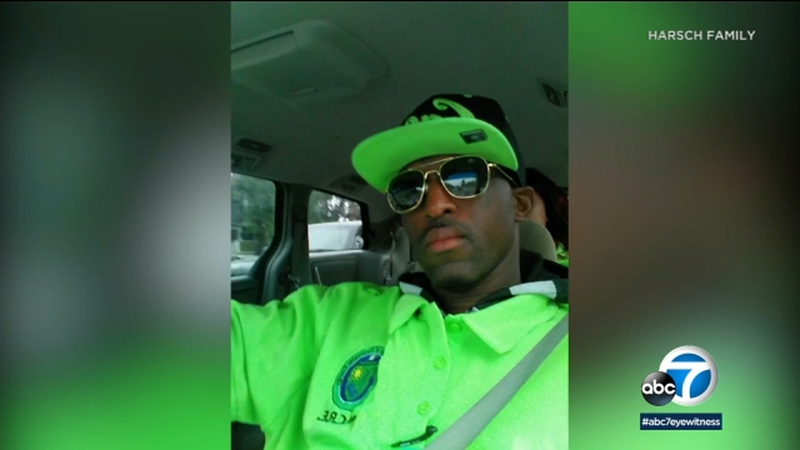 San Bernardino County Sheriff's Department says the body of Malcolm Harsch was discovered on May 31 near a homeless encampment.

Investigators say foul play is not suspected but that the cause and manner of death are under investigation.

ABC7 spoke with Harsch's family members in Ohio who say they are waiting to hear the results of that investigation.

The Victorville Fire Department discovered Harsch’s body May 31 after receiving a dispatch call around 7 a.m., officials said. When firefighters arrived at the library, they found Harsch hanging from a nearby tree.

In a statement sent to the Victor Valley News, Harsch’s family in Ohio said they find it hard to accept that his death was a suicide. They said that Harsch had recent conversations with his children about seeing them soon and that he did not seem to be depressed to anyone who knew him.

The family also said they were told that Harsch, at 6 foot 3, wasn’t dangling from the tree and that there was blood on his shirt. At the same time, there did not appear to be any evidence at the scene to suggest a struggle, they said. They also noted that his body sat at the San Bernardino County coroner’s office for 12 days before an autopsy was performed.

“The explanation of suicide does not seem plausible,” the family wrote. “There are many ways to die but considering the current racial tension, a Black man hanging himself from a tree definitely doesn’t sit well with us right now.