Alicia Silverstone 43, "I Have Been Taking Baths With My Son Bear 9, While Self-Isolating" 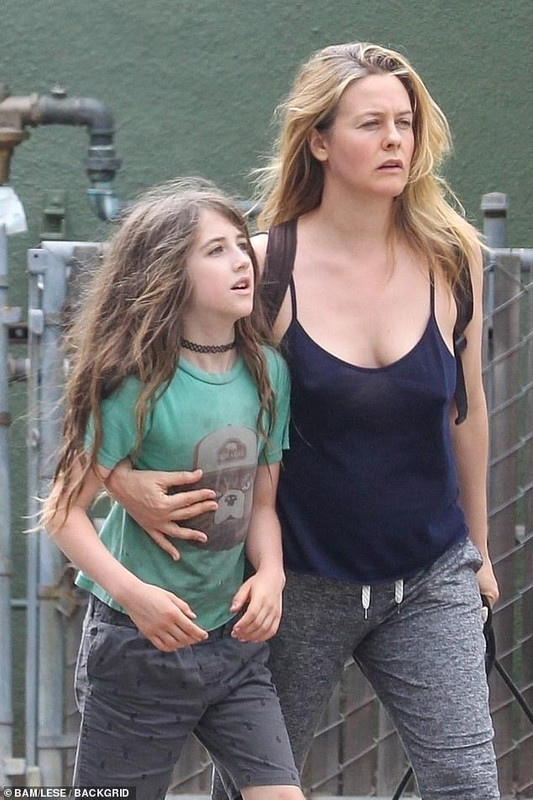 Alicia Silverstone is opening up about a quarantine activity she enjoys with her 9-year-old son Bear Blu.

"My son and I take baths together," Silverstone, 43, told the New York Times in a recent interview when discussing life while social distancing amid the on-going coronavirus pandemic.

"When he's not with me, I take a bath and that really feels nourishing and comforting," Silverstone, who shares Bear with ex-husband Christopher Jarecki, told the newspaper.
The former couple got married in 2005 and divorced in 2018.

The Clueless star explained to The New York Times that she's also been focused on her health.

"I always bring everything back to diet," Silverstone told the news outlet. "When I don't eat well, I don't feel well, and then my moods go all over the place."

Silverstone has been committed to veganism since her early 20s, according to the Times. She also shared that the lifestyle helped clear up her acne and helped her lose weight.

Back in 2017, Silverstone opened up about feeding her son a vegan diet, calling it a "no-brainer."

"Being able to do something that is good for the earth, good for the animals and good for you all at the same time seems like such a no-brainer. It's like the biggest 'Duh!' " Silverstone said in a video for the nonprofit Farm Sanctuary's Compassionate Meals program.

She said that when Bear is asked what his favorite thing about being a vegan is, he responds: “That you don’t have to eat yucky meat.”

The actress previously made headlines in 2012 when she posted a video of herself chewing up food and feeding it directly into Bear’s mouth from her own.

“It’s his favorite … and mine. He literally crawls across the room to attack my mouth if I’m eating,” she said at the time.

And even as some have criticized the idea of feeding children a vegan diet, Silverstone has staunchly defended her family’s lifestyle.