Unemployment Is Higher For Low-Wage Workers, Women, People Of Color 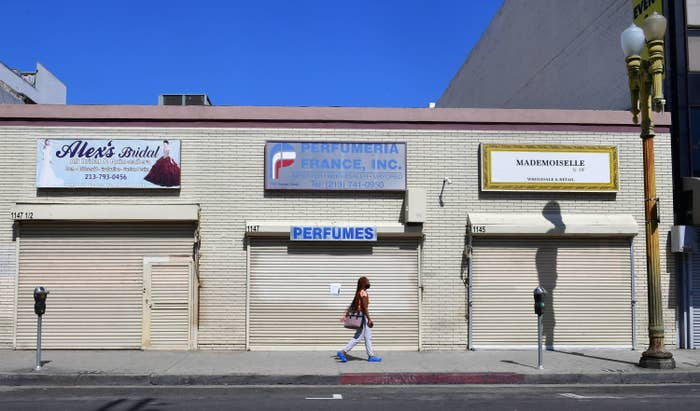 The coronavirus pandemic has led to a record monthly increase in unemployment in the US, but not every group of Americans is suffering equally. Women and people of color have lost their jobs at higher rates than white men, according to data released by the Bureau of Labor Statistics on Friday.

In April, the unemployment rate was 14.7%. But there are disparities:

“This has hit people already making little money the hardest.”
The rate was 13.0% for adult men, compared to 15.5% for women. “This stands in contrast to the Great Recession, which hit men much harder," said Sanzenbacher. "The peak unemployment rate for men during the Great Recession was about 11%, for women about 9%.”

The rate was 14.2% for white workers, 16.7% for black workers, 18.9% for Latino workers, and 14.5% for Asian Americans — record rates for all groups except African Americans. Sanzenbacher said “Hispanic workers are disproportionately represented in the types of service occupations most immediately affected relative to both black and white workers.”

The unemployment rate for adult white men was 12.4% last month.

The gap is worse based on education. Those with a high school degree saw unemployment jump to 17.3% from 4.4% in March; the rate for those with a bachelor’s degree or higher increased to 8.4% from 2.5%.

Sanzenbacher also highlighted discrepancies by industry, saying, “some high-paying industries seem to have escaped huge increases in unemployment so far.” Unemployment in finance (average annual wages around $73,000) — increased from 2.1% to 5.4%, while leisure and hospitality ($23,000) saw an increase to 39.3% from 4.5%.

That was “completely unprecedented,” he added.
By Midufinga on May 11, 2020