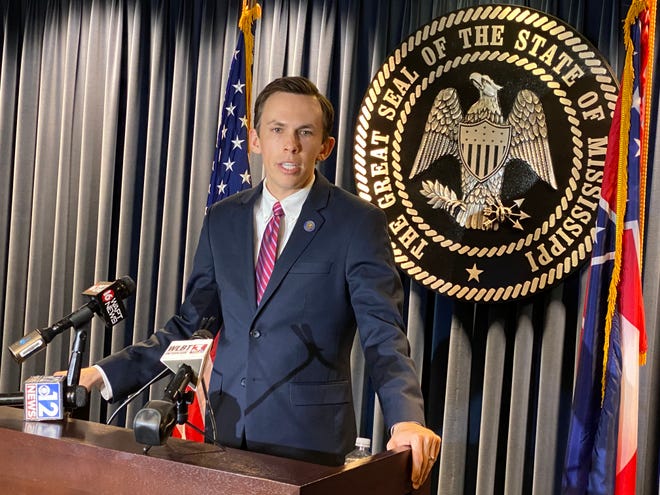 Tens of millions of federal dollars meant for impoverished people in Mississippi were instead spent on lobbyists, concerts, sports tickets, a pro wrestler's family and former NFL star Brett Favre, according to a state audit released Monday. The review of the Mississippi Department of Human Services found more than $94 million in spending that appeared questionable, unverified or outright wrong.

"If there was a way to misspend money, it seems DHS leadership or their grantees thought of it and tried it," State Auditor Shad White said in a statement. He said the report "shows the most egregious misspending my staff have seen in their careers at the Office of the State Auditor."

The 104-page audit found that the Mississippi Department of Human Services sent $98 million in federal welfare funds to two nonprofits over the span of three years. Most of the money came from the government's Temporary Assistance for Needy Families program.

The audit says those nonprofits spent nearly all of the money on expenses that had little or no benefit to struggling families in one of the nation's poorest states. Spending detailed in the report includes:

Two payments totaling $1.1 million to Favre Enterprises, the company for NFL Hall of Fame quarterback Brett Favre, who lives in Mississippi. The money paid for three speaking engagements, one radio appearance and one keynote address. The audit says "a cursory review" found that Favre did not attend any of these events. (Favre is not accused of any criminal wrongdoing in the report, which notes that receipts of the welfare funds may not have known where the money came from. CBS News has reached out to Favre's agent for comment.)

More than $3.1 million to companies run by the family of Ted Dibiase, a former pro wrestler known as "The Million Dollar Man," for services that didn't appear to help the needy or were never completed. (Dibiase and his family are not named or accused of criminal wrongdoing in the report.)

More than $6 million to a private school run by Nancy New, who also led one of the Mississippi Community Education Center, one of the two nonprofits that took the federal funds.

$229 for a speeding ticket New received

More than $185,000 for church concerts with a "faith-based, evangelical worship singer." Auditors did not have a copy of contracts for these payments, and the funds were not supposed to be used for " inherently religious activities."
Nearly $1 million for lobbyists hired by the two non-profits, usually without documentation of the work they were expected to perform.

At least two instances of funds being used for tickets to college football games.
The audit comes after six people tied to the alleged scheme — including John Davis, the former director of the Mississippi Department of Human Services, and Nancy New — have faced criminal charges. All have pleaded not guilty.
By Midufinga on May 07, 2020