A coronavirus vaccine may take longer than 12 to 18 months 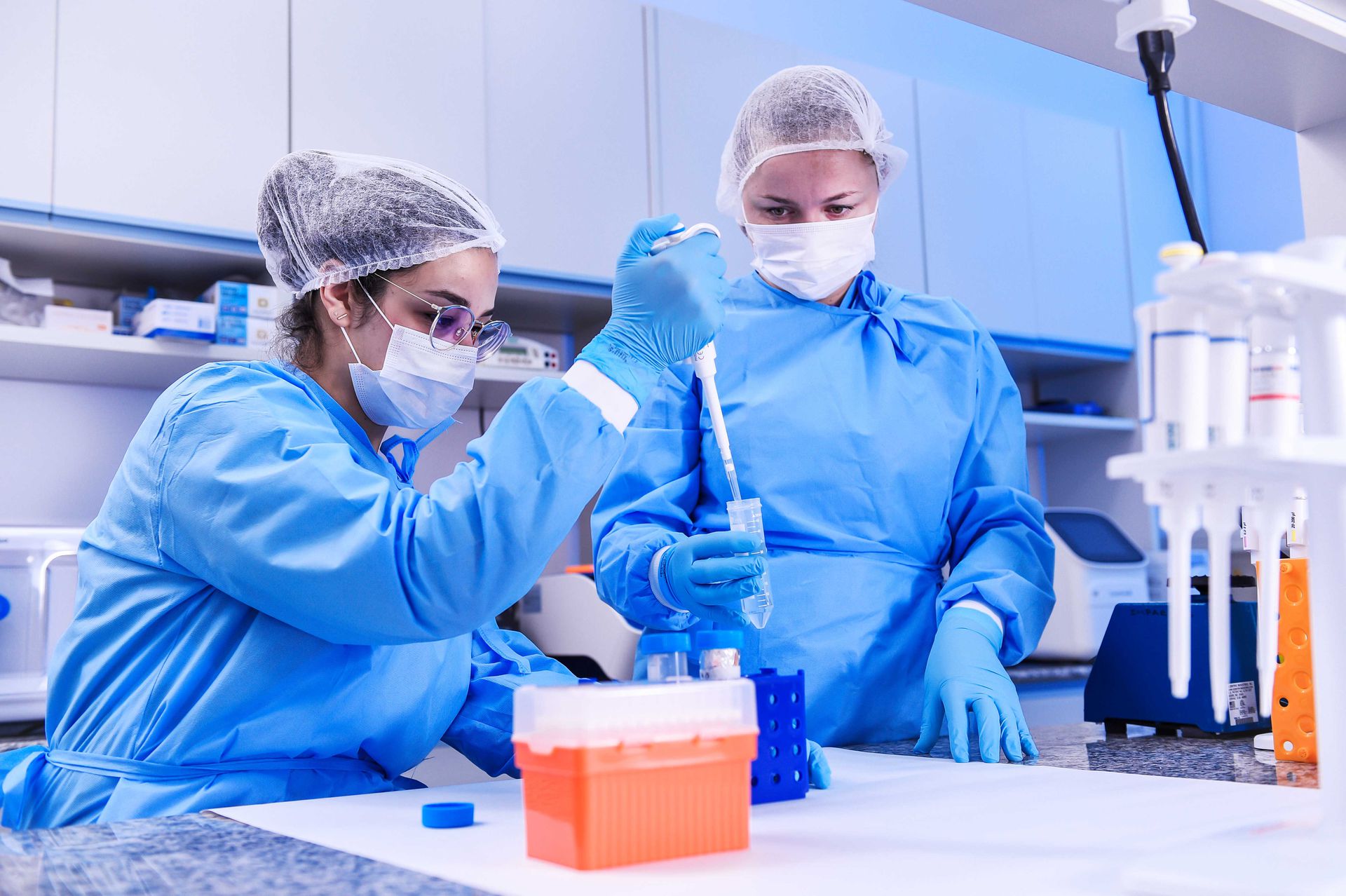 As much of the world remains at home due to the coronavirus, a lot of people have put their hopes of a big economic reopening on a vaccine. With more than 100 vaccine candidates for Covid-19 in production, things seem to be looking up — and the conventional wisdom, often restated by White House officials, is that this medical reprieve could come within 12 to 18 months. Secretary of Defense Mark Esper outright promised that “we will deliver, by the end of this year, a vaccine at scale to treat the American people and our partners abroad.”

But some experts caution even 12 to 18 months might be optimistic for a Covid-19 vaccine: The previous record for getting a vaccine was four years, and a cliché in the field is that vaccine development is measured in years, not months.

That’s not to say that the chances of a widely available vaccine within 12 to 18 months are zero. But they’re not 100 percent either. Amesh Adalja, a senior scholar at the Johns Hopkins Center for Health Security, told me the 12- to 18-month timeline is “very ambitious.” Kendall Hoyt, a vaccine and biosecurity expert at Dartmouth, told me it will be a challenge, but arguably doable: “It’s conceivable we could have something in that timeline — if everything goes right.”

There are two major problems. First, it’s not clear whether a vaccine can even be developed; it’s possible — as has been true for other pathogens, like malaria and HIV — that even the world’s best scientists just never crack the Covid-19 coronavirus.

Second, even if a vaccine candidate does show promise, time is a necessary component of this line of research. Scientists need months to evaluate not just if a vaccine is effective at conferring immunity for months, but also if it’s safe, since side effects could pop up weeks or months down the line. Safety has important implications for public health, too: Any harm from a Covid-19 vaccine could be used by anti-vaccine advocates, who’ve already spread their message even with the facts against them, to perpetuate their agenda.


Even without a vaccine, there’s still a chance that other scientific and medical innovations come around that make Covid-19 significantly less dangerous, even if they don’t outright cure it. Advances in treatment, along with enough health care capacity to see all infected patients (still a work in progress), could bring an end to at least some social distancing even if a vaccine doesn’t.

And some experts are still hopeful a vaccine will come quickly. “I’m optimistic,” Natalie Dean, a biostatistics professor at the University of Florida, told me. “There’s just so much work being done in parallel.”

But a vaccine savior may not come as quickly as we all hope. For policymakers, that means putting more stock in other medical treatments as well as a vaccine, and boosting other measures, like testing and tracing, that will let states somewhat ease social distancing even without a vaccine. For the general public, it means preparing to stay home, to some degree, for longer than they might prefer.

Vaccines really do take time
Experts emphasized that vaccine development takes a lot of time — and it’s not just due to bureaucratic hurdles or overly cautious measures.

For one, a vaccine candidate, which can be validated as the real thing through research, has to be discovered. This alone takes a lot of work, with scientists still tinkering with different types of vaccines — some of which have never been successfully developed and used in humans — to see what can work with Covid-19 as well as other kinds of viruses. That can range from the traditional vaccine, in which a weakened version of a virus is used to spur immunity, to newer kinds of vaccines, like the potential use of messenger RNA to attempt to more precisely trigger an immune response. (For more on the different kinds of vaccines, I strongly recommend Derek Lowe’s post on the topic at Science magazine.)

Whether a truly successful vaccine candidate is developed is the first big hurdle. “Things can fail for multiple reasons,” Hoyt said. “Something that can look very promising in the lab just might not behave in a human body in a way that we expect it to.”

This isn’t just true of vaccines: An analysis by Stuart Thompson at the New York Times found that less than 10 percent of drugs that entered clinical trials were ultimately approved by the Food and Drug Administration. So for every 10 articles you see about promising new drugs, chances are nine of those drugs will fail.

Other experts are more optimistic on this front. Adalja noted that there’s a coronavirus vaccine for cows — not for the SARS-CoV-2 virus that’s sending people into hiding today, but for another type of coronavirus. That gives Covid-19 vaccines better odds than HIV vaccines, Adalja argued: “I don’t think the same obstacles that apply to the HIV quest even come close to the coronavirus vaccine quest.”

Even if we do get a promising vaccine candidate, though, the work of making sure that candidate is safe and effective will take time. Researchers need months to make sure that immunity lasts in the long term, while making sure the vaccine doesn’t produce nasty side effects that could, albeit typically in rare cases, make the cure worse than the disease.

And if a vaccine candidate does make it through all these trials and into manufacturing, that won’t be the end of the challenges. This is a vaccine that the entire world will want. “There will be a capacity problem because a large percentage of the world population will need a vaccine,” Hoyt said. “You’re just not going to get enough. Vaccine companies are not built to produce enough vaccines for the whole world in a short time frame.”

Thompson at the Times analyzed the many steps required for a vaccine candidate to make it out into the real world: academic research, pre-clinical work, three phases of trials, building up factories and manufacturing, and distribution. From the first point to the last, a vaccine could take up to 16 years.

Thankfully, there are ways to speed that along. Some of these steps can be done in parallel. Public and private entities could start building vaccine factories right now, as Bill Gates has already promised to do. Human challenge trials, which directly expose healthy people to the virus, could help test for immunity more quickly (though some people in the field are skeptical, because setting up these trials could take longer than more traditional studies).

Even without human challenge trials — which can raise genuine ethical concerns if there’s no treatment for the virus people are being infected with — there’s a case for optimism on this front as well: Because coronavirus is already all over the world, testing for immunity in real-world settings (unfortunately) won’t be difficult. With some viruses, this isn’t so easy; Dean pointed out that this was really hard for the MERS vaccine because the virus wasn’t widely circulating. “It’s so rare,” she explained. “That’s not a problem here” with Covid-19.

According to Thompson’s analysis, if every step is successfully sped up, there’s a chance that we could get emergency vaccine deployment by February 2021 and full distribution by the end of that year. But, again, those are big ifs — assuming that a lot of bets do pay off in the end.

There are real risks to rushing a vaccine
Beyond the unavoidable time constraints, there are good reasons that vaccines take a long time to develop and distribute: Without months or even years of evidence, there might not be enough proof that a vaccine works as promised. That could lull people into a false sense of security, or lead to dangerous side effects down the line.

There’s some good reason for caution with Covid-19. In the New England Journal of Medicine, experts with the Coalition for Epidemic Preparedness Innovation warned that vaccine trials for the coronaviruses SARS and MERS “raised concerns about exacerbating lung disease, either directly or as a result of antibody-dependent enhancement.”

Now, modern vaccines are very safe, based on large reviews of the research. They have helped eradicate diseases, including smallpox, at the national and global scale.

If these steps aren’t properly followed, there’s a real risk. In 1976, America rushed out a vaccine in response to fears of a widespread swine flu outbreak. It turned out the swine flu that year wasn’t as widespread as officials feared, and the improperly tested vaccine led to a rare neurological disorder, Guillain-Barré syndrome, in 450 people. “It caused more harm than it saved,” Josh Michaud, associate director for global health policy at the Kaiser Family Foundation, told me.

Vaccine production has come a long way since 1976. But it’s come a long way in part because we have regulations and safeguards to try to guarantee efficacy and safety, and those protections now might slow the arrival of a cure beyond the 12- to 18-month window.

And lapses still happen, like a European H1N1 flu vaccine that increased the risk of narcolepsy.

The potential harm here is not just at the personal but social level. If a Covid-19 vaccine leads to bad side effects, some experts worried that anti-vaccination groups — already perpetuating concerns about the disease, even when the facts aren’t on their side — could capitalize on the problems to spread their message. That would be a public health disaster.

“We’ve already seen anti-vaxxers rallying against the vaccine we don’t even have yet,” Tara Smith, an epidemiologist at Kent State University, told me. “It is huge in my mind that we need to do this as quickly as possible but not skimp in any way on any of the safety mechanisms.”

Still, the risks of rushing also have to be weighed with the realities people are dealing with right now. Covid-19 is killing hundreds of thousands of people around the globe. It’s forcing places to shut down their economies and individuals to stay home — causing harm not just through losses in jobs and income but also to activities that helped sustain people’s mental health and happiness. There may be a risk of harm from a rushed vaccine, but keeping the world trapped in its current condition carries risks and harms as well.

It’s a balancing act. And we may not know if we’ve struck the right balance until a vaccine has been out in the world for a few months or years, giving researchers time and data to see if it’s truly safe and effective.

“Everything is cost-benefit,” Hoyt said. “Going to the grocery store is not risk-free currently. Which risk would you rather have?”

Other medications and efforts could help fill the void
At the same time, humanity doesn’t necessarily have to rely on a vaccine to get us out of the current situation.
By Midufinga on May 15, 2020