500 Doctors Tell Trump To End Lockdown, Say It Will Cause More Deaths 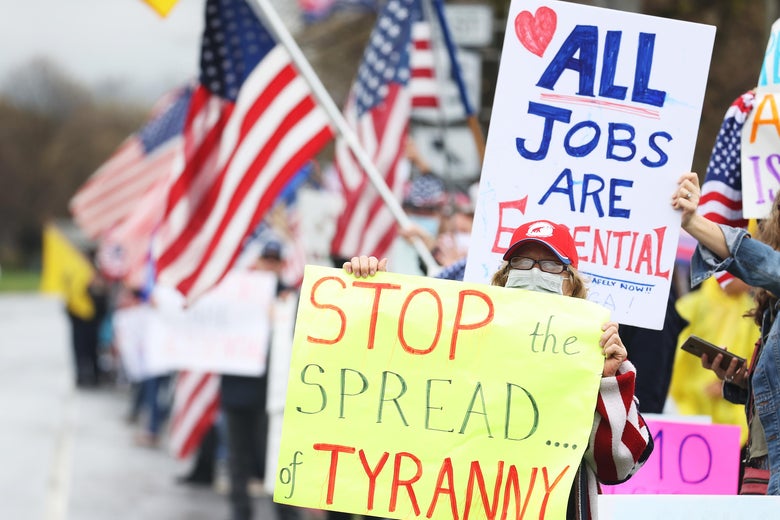 Hundreds of doctors wrote a letter to President Trump this week asking him to end the coronavirus shutdown, saying it is a “mass casualty incident” spurring deaths from other factors such as substance abuse and suicides.

The letter, shared online, estimates about 150,000 Americans each month that the shutdown remains in place would have had new cancer detected, millions more are missing dental exams that could discover problems linked to heart disease, while others are experiencing domestic violence like child abuse.


“Suicide hotline phone calls have increased 600%,” the letter sent to the president on Tuesday read.

It also notes liquor sales have increased 300 to 600 percent, and cigarette sales have also gone up.

The letter adds, “We are alarmed at what appears to be the lack of consideration for the future health of our patients. … It is impossible to overstate the short, medium, and long-term harm to people’s health with a continued shutdown.”

Dr. Simone Gold, an emergency medicine specialist, authored the letter, which was signed by more than 500 other physicians.

She joined Fox News Thursday, saying the doctors felt their knowledge and experience with patients is not being expressed to the public.

“We just want America to hear the story. We feel like there is one narrative out there. … You need to hear the whole picture, the rest of the story,” Dr. Gold said.

Dr. Elinore McCance-Katz, assistant secretary for Mental Health and Substance Use at the Department of Health and Human Services, raised similar concerns at Mr. Trump’s Cabinet meeting on Tuesday. She spoke about the dangers inherent to drug use during the pandemic.

“I believe it is important to point out that pre-pandemic,” she said, “we lose 120,000 lives a year to drug overdoses and suicide. How many more lives are we willing to sacrifice in the name of containing the virus?”

Trump listened attentively and commented that her presentation was “very sobering stuff.”
By Midufinga on May 23, 2020