Trump calls decision on reopening US the biggest of his life 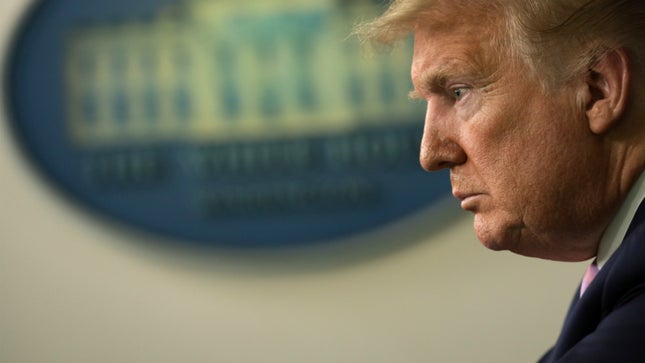 President Trump on Friday described the decision on when and how to reopen the country as the most difficult one he’s had to make in his life, underscoring the careful line he is walking between concerns about the economy and public health during the coronavirus outbreak.

“And we’re going to make a decision, and hopefully it’s going to be the right decision,” he continued. “I will say this. I want to get it open as soon as we can
.
Asked what metrics he would use to come to a final conclusion, he pointed at his head, making clear he felt the burden will rest on his shoulders.

Trump has appeared eager to relax social distancing guidelines recommended by the White House coronavirus task force in order to get Americans back to work, and some officials have suggested in recent days that businesses could prepare to reopen in May.

But public health experts have warned about the risk of reopening the country too early, which could set up a nightmare scenario where COVID-19 again surges in communities and overwhelms hospitals.
on April 10, 2020