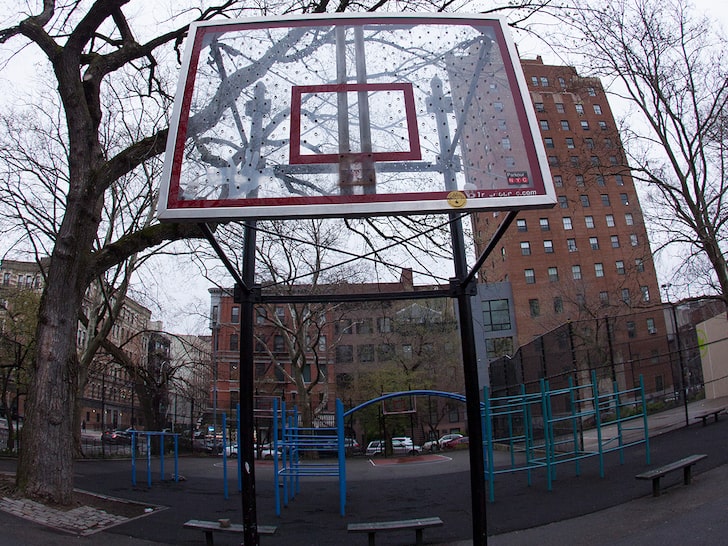 Officials in New York City are making sure the famous public basketball courts are not a hub for the coronavirus ... they've shut down ALL public courts and have begun removing rims.

"New York City is a proud basketball town and we would never remove hoops unless absolutely necessary," a rep for NYC Dept. of Parks and Recreation tells TMZ Sports.

"In an effort to protect the health of City residents, all basketball courts are currently closed."

We're told the move to shut down ALL public courts was made on April 6 and will last until officials believe the danger is gone.

So far, we're told 51% of rims citywide have been removed from parks to ensure groups will NOT gather at those locations, where the virus could be spread.

FYI, there are HUNDREDS of public outdoor courts across the city, according to the Parks and Rec website.

The rims were even removed from NYC's famous Rucker Park on March 25 -- and we're told it was because people were not following the rules of social distancing.

Rucker might be the most legendary streetball court in the world -- where superstars like Kobe Bryant, LeBron James, Kevin Durant and more have balled out for decades.
on April 08, 2020