Jerry Stackhouse didn't like playing with Michael Jordan in Washington 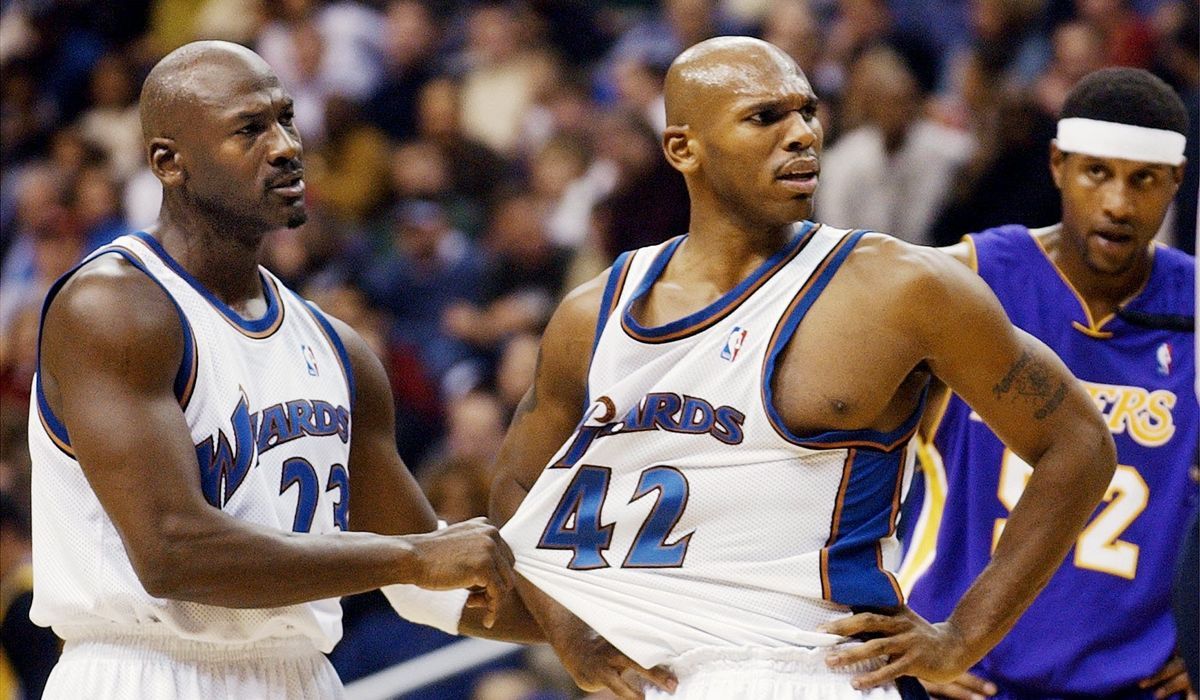 Most players would cherish the time that they spent playing alongside Michael Jordan.

Not only is he one of the best to have ever played the game, but so few ever had the chance to team up with him. It’s truly an elite class of players in the basketball world.

At least one member of that club, however, didn’t appreciate his time next to Jordan like most did.

Longtime guard and current Vanderbilt head coach Jerry Stackhouse said on ESPN’s “The Woj Pod” on Wednesday that he wishes he never had the chance to play with Jordan on the Washington Wizards during the 2002-03 season — Jordan’s final season.

“Honestly, I wish I never played in Washington and for a number of reasons,” Stackhouse said, via ESPN. “I felt we were on our way in Detroit before I got traded there. It was really challenging to be able to be in a situation with an idol who at this particular point, I felt like I was a better player.”

Stackhouse, at that point, was in his eighth season in the NBA and fresh off a trade from the Detroit Pistons, where he spent the previous five seasons. He averaged 21.5 points and 4.5 assists with the Wizards that year, his first of two with the organization during his 18-year career in the league.

While his comments may surprise some, it’s easy to see where Stackhouse is coming from. After all, his time playing with Jordan came at the tail end of Jordan’s career.

Jordan came out of retirement and spent two seasons with the Wizards from 2001-2003, just before he turned 40. While he was, and still is, one of the best players the NBA has ever seen, he was undoubtedly a different player than he was when he led the Chicago Bulls to six NBA titles.

Stackhouse, still being in his prime, didn’t appreciate how the offense was still being run through Jordan. And by the end of the year, his perception of him was just different.

“Things were still being run through Michael Jordan,” Stackhouse said, via ESPN. “[Coach] Doug Collins, I love Doug, but I think that was an opportunity for him to make up for some ill moments that they may have had back in Chicago. So, pretty much everything that Michael wanted to do [we did]. We got off to a pretty good start and he didn't like the way the offense was running because it was running a little bit more through me. He wanted to get a little more isolations on the post, of course, so we had more isolations for him on the post. And it just kind of spiraled in a way that where I didn't enjoy that season at all.

“Kind of the picture I had in my mind of Michael Jordan and the reverence I had for him, I lost a little bit of it during the course of that year.”
on April 10, 2020