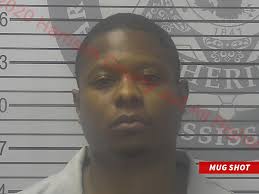 Former "The Chi" star Jason Mitchell was arrested and released today in Mississippi on drug and weapons charges.

The "Straight Outta Compton" star was released from the Harrison County Jail earlier this afternoon, according to inmate records online.

Jason was allegedly in possession of a controlled substance, as well as a 19 glock and a "mini drake," according to records.

Details of the incident were not immediately available.
on April 25, 2020