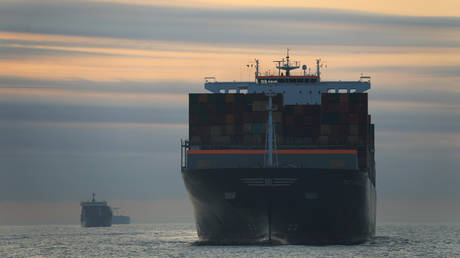 The Chinese Ministry of Commerce has reported that the country’s trade improved in March, following a dramatic collapse caused by the Covid-19 pandemic in the first two months of the year.

“Imports and exports have shown a certain improvement in March, according to feedback from various regions and industries,” said commerce ministry spokesman Gao Feng, adding: “But at the same time, the impact of the global epidemic on the world economy and international trade is gradually emerging.”

The World Trade Organization projects global trade to plunge by up to 32 percent this year as a result of the coronavirus outbreak.

The outlook for China’s exports still remains grim, and some of the country’s exporters (especially textile, apparel and automotive firms) have been hit hard by shrinking global demand, the ministry said.

According to Gao, the ministry will closely follow and evaluate the extent of the pandemic’s effect on China’s foreign trade sector.

Beijing is increasing efforts to defend its “bedrock” exports, he said, noting that the government had not placed any restrictions on exports of medical equipment and supplies.

Data showed that the country exported 10.2 billion yuan (US$1.4 billion) worth of protective medical equipment between March 3 and April 4, including 3.86 billion masks and 37.52 million protective suits. Overall, in January and February, China’s exports were valued at US$292 billion.
on April 10, 2020