86-Year-Old Is Killed in E.R. Over Social Distancing 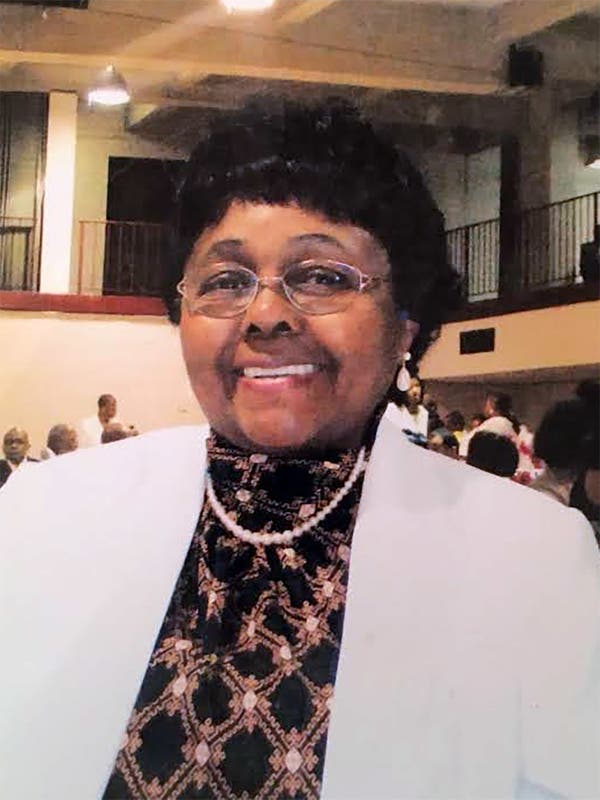 The woman became disoriented and grabbed the IV pole of another patient, who shoved her and caused a fatal head wound, officials said.

One Saturday afternoon in late March, as the coronavirus pandemic flooded hospitals across New York City with desperately ill people, an 86-year-old lost her bearings and started wandering the emergency room at Woodhull Medical and Mental Health Center in Brooklyn.

The woman, Janie Marshall, who had dementia, grabbed onto another patient’s IV pole to regain her balance and orient herself, the police said.

The patient, Cassandra Lundy, 32, had apparently become irate that Ms. Marshall had broken the six feet of personal space recommended to help prevent the spread of the coronavirus, law enforcement officials said. Ms. Lundy shoved the older woman, knocking her to the floor. Ms. Marshall struck her head and died three hours later.

Ms. Marshall’s death underscored how hospital officials are struggling to keep order in health care facilities overrun by the pandemic, as crowding generates a new level of fear and anxiety.

“How do you put your hands on a 86-year-old woman?” said Ms. Marshall’s grandniece, Antoinette Leonard Jean Charles, 41, a medical student in Tennessee. “I also understand the fear level of every person in New York has. There is a notion of every man for themselves. But attacking an elderly person? That went too far.”

A spokesman for Brooklyn Defender Services, which is representing Ms. Lundy, declined to comment.

New York officials imposed social-distancing rules — maintaining space between people to stop the spread of the highly contagious coronavirus virus — in mid-March, shortly after the metropolis became the epicenter of the outbreak in the United States. The virus has claimed the lives of thousands of New Yorkers in a little more than a month.

In a statement, Woodhull hospital officials said they were cooperating with investigators.

“We are terribly saddened by this death,” the hospital said in a statement. “We are committed to ensuring a safe, health-focused environment in these very demanding times so our heroic health care workers can continue to deliver the quality, compassionate care New Yorkers need more than ever.”

The events that led to Ms. Marshall’s death began on March 27, when she told her niece she had a piercing stomachache. The niece, Eleanor Leonard, 72, called an ambulance, which took Ms. Marshall to Woodhull, where she had been treated for similar symptoms earlier in the week.

In the crowded emergency room, Ms. Marshall was diagnosed with a blocked bowel, and doctors said they would admit her, Ms. Leonard said.

But the hospital, in an effort to limit the spread of the coronavirus, did not allow Ms. Leonard or other family members to stay with her in the emergency room. Ms. Leonard said she could do nothing but wait by the phone for updates.

The next day at about 2 p.m., Ms. Marshall, disoriented, began walking around the emergency room, the police said. She crossed paths with Ms. Lundy, and the women — both from Brooklyn — got into an argument before the younger woman pushed her to the ground.

Ms. Marshall hit her head on the floor, lost consciousness and died hours later, investigators said. Ms. Lundy told detectives she had shoved Ms. Marshall because she “got into the defendant’s space,” according to a criminal complaint. The attack was captured on surveillance video, the complaint said.

Unaware of Ms. Marshall’s injury, Ms. Leonard kept calling the hospital that day. She finally reached someone shortly after 5 p.m. who told her that Ms. Marshall was with a nurse receiving medical care.

“I thought, ‘That’s great. She’s being tended to,’” Ms. Leonard recalled. “I didn’t know she was dead already.”

Ms. Leonard went to sleep feeling hopeful. Her phone rang at 3:30 the next morning. A doctor told her that Ms. Marshall had gone into cardiac arrest. “Are you telling me she’s dead?” Ms. Leonard recalled saying. “What happened?”

Ms. Leonard said she went to the hospital later that morning, but after several hours of waiting was sent home without an explanation.

“We thought it was weird, cardiac arrest?” Ms. Jean Charles, the grandniece, said. “She had gone in for something completely different. She suffered from dementia, bowel blockage, not heart problems that we knew of.”

Then a cousin on Long Island called Ms. Leonard with troubling news. He had seen a news report online. “Did you know your aunt was murdered?” the cousin asked.

Ms. Leonard then searched her aunt’s name on Google and saw news accounts. “I was so stunned,” she said. “It just tore at my gut that something like this would happen.”

Ms. Leonard wonders why hospital officials did not inform her about the incident when it happened. “I understand we are in the middle of a pandemic,” she said, “but to say nothing?”

Ms. Lundy has previous arrests, including charges of drug possession in 2018 and 2019, according to court records. It remained unclear why she had visited the hospital that night.

Ms. Marshall was born in Abbeville, S.C., in 1934, the youngest of 12 children. Her parents died when she was young and she followed some of her siblings to New York City, settling in Williamsburg, family members said.

“She arrived with big dreams and wide eyes, ready to take on the world,” Ms. Jean Charles said.

She became a successful accountant at a time when few black women practiced the profession, eventually working for the Social Security Administration and earning a bachelor’s degree from Queens College. She never married or had children, but she was a role model to her numerous nieces and nephews, her relatives said.

“We don’t want to remember her as a victim,” Ms. Jean Charles said. “She always told us, there is no shame in being the first African-American in any field. She was a leader.”

As it has become customary during the coronavirus pandemic, Ms. Marshall’s relatives and members of her church, Concord Baptist Church of Christ in Brooklyn, were planning to attend a virtual funeral service on Tuesday to abide by social-distancing rules, her family said.

Ms. Leonard said she planned to ride in a limousine by herself to Pinelawn Memorial Park on Long Island and bid her one last farewell from inside the vehicle.