Your Gas Prices Are Likely Going Down Soon 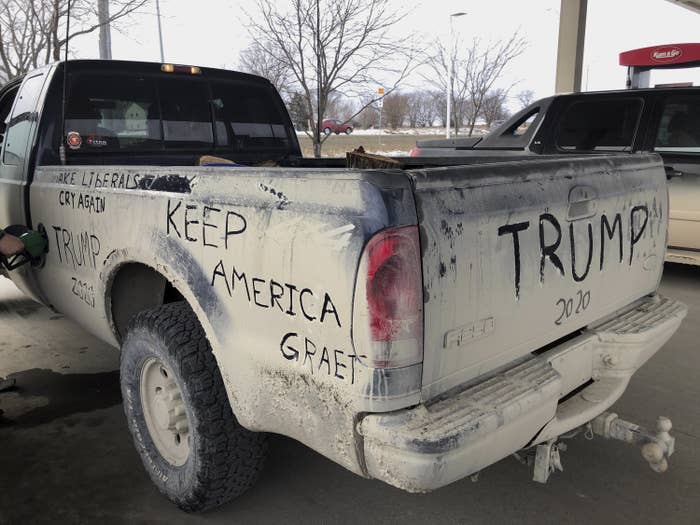 There’s an old rule of thumb used by economists: For every 1-cent drop in the price of a gallon of gas, Americans have an extra billion dollars of money to spend on something else.

That used to mean it was good news when the price of oil went down, which it did by more than 30% today after Saudi Arabia announced it would flood the market with extra oil and slash prices as part of a price war with Russia. When gas got cheaper at the pump, drivers would end up with more money to spend on other stuff, and because energy was cheaper, all the other stuff produced using energy would be cheaper too.

But in the spirit of everything in the world now being broken, that rule of thumb is now kind of broken too. The US has become the world’s largest oil producer, and states from North Dakota to Louisiana and Texas are home to oil drilling boomtowns full of high-paying blue-collar jobs.

That’s mostly good news, aside from the way it destroys our environment and dooms our future. But it also means that the other side of the oil price equation now matters much more. When oil becomes cheap, oil producers get into financial trouble, scale back their drilling, and lay off workers. So do the companies, based all over the country, that supply the oil industry with everything from pipes to trucks and catered meals.

That’s why the US economy didn’t go into boomtime when oil prices last crashed in 2015 and 2016, falling from more than $100 a barrel to less than $40. Gas prices dropped below $2 a gallon, and people celebrated by buying new cars in record numbers and spending more on holiday shopping. But by the end of 2015, there had been 60,000 jobs lost in the oil and gas industry in Texas alone and the booming oil towns of North Dakota were seeing an exodus of jobs and people.

Today, as stock markets around the world went into panic mode over the combined implications of crashing oil prices and a global viral outbreak, American oil companies tanked harder than almost anyone. Dozens of oil companies each lost more than a third of their total value, some lost more than half. If the oil price stays this low, many will close down oil rigs in the coming weeks and months, and some will go bust.

A drop in oil prices dragged down the overall growth of the US economy in 2015 and 2016, meaning Barack Obama’s presidency ended with the slowest year of economic growth since the end of the financial crisis. That “mini recession,” centered around the oil industry during the 2016 election cycle, was “the most consequential event for understanding the economy and politics of today that most people didn't even realize was happening,” the New York Times' Neil Irwin wrote in 2018.

There’s a next-level problem that comes up once those companies start struggling. They become less likely to pay back the money they borrowed, and banks start worrying about how many bad loans they’ve made — and start making fewer loans to other companies and people they think might be risky. “That ultimately is the negative aspect to lower oil,” Viktor Hjort from French bank BNP Paribas told the Wall Street Journal today. “There is a real risk, and that is tighter credit conditions.”

“Tighter credit conditions” is a phrase that will make pretty much anyone who had a pulse and a bank account between 2008 and 2011 shiver, and it’s not the sentence you want to be reading if you’re trying to get reelected as president later this year.

Donald Trump, who has centered his campaign around the strength of the economy and the booming stock market, seems to be tweeting through it. “Good for the consumer, gasoline prices coming down!” he posted this morning. The previous evening he retweeted a photo of himself smiling serenely while playing the fiddle.
on March 10, 2020