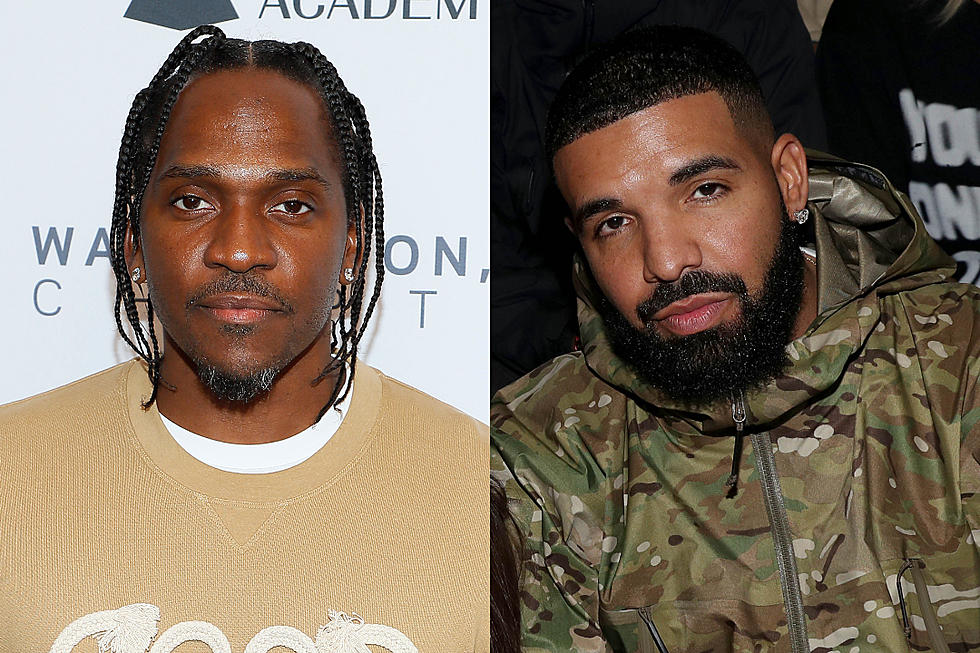 "Pusha-T was a top trending topic on Twitter Monday afternoon (March 30) after Drake debuted photos of his 2-year-old son, Adonis, on his Instagram page.

While Pusha has not publicly spoken on the unveiling of Drizzy's son, social media users flooded their timelines with questions about whether or not the Virginia native would eventually break his silence. At the time of reporting, the G.O.O.D. Music president remained mum, despite fans poking and prodding for a reaction of some sort.

There were also fans who had no desire to rehash the rappers' 2018 feud and were merely excited that Drake decided to share a photo of his kid with the world.

"Pusha-T knew his shit," one user wrote, referencing Pusha revealing the existence of Drake's son in his "Story of Adidon" diss record in 2018. Meanwhile, another said, "People who are discussing how drake’s son look are weirdos. Children are supposed to be off limits."

In the post the Scorpion rapper shared on Instagram, he wrote, "Remember that you are never alone, and if you need to be reminded of that ask for support and it will show up. Everything comes down to intention, and even though there are conflicting energies circling around us you must KNOW...It will rebuild. But in order for that to happen, you have to do exactly that. Trust. You have the biggest heart and that is your greatest gift."

Drake appears to be taking to fatherhood pretty well. In December of 2018, the Toronto rapper shared a painting his son gave him for Christmas. "Adonis > Picasso don’t @ me," he tweeted at the time with a blue heart and a Christmas tree emoji."
on March 30, 2020