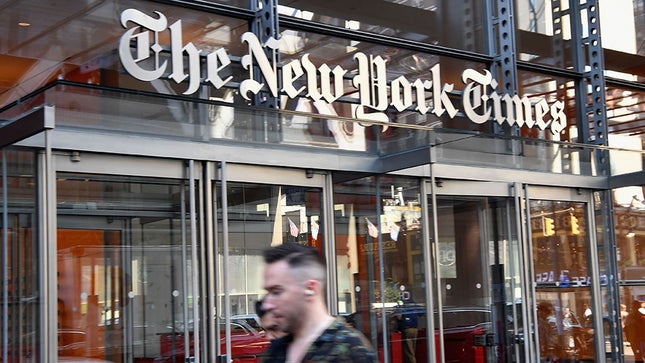 Former New York Times reporter Alan Finder has died due to the novel coronavirus, according to a tweet by Times investigative reporter Kevin Sack.

"With the morning comes the devastating news that a member of our @nytimes family, Alan Finder, has died of the virus," Sack wrote.

"Alan, who retired a few years ago, was a terrific reporter, a calming presence and, as anyone who knew him will attest, one of the menschiest guys around. RIP."

Finder retired from his full-time position at the Times in 2011 after 28 years of service. One of the many posts he held was assistant editor of the newspaper's foreign desk. His previous beats included transportation, housing, labor, city government, City Hall bureau chief and urban affairs reporter, as well as higher education, according to his LinkedIn page.

Before working at the Times, the Yale graduate also had stints at Newsday and the Bergen Record, which are located in the New York/New Jersey area.

Several of Finder's colleagues paid tribute in marking his passing on Twitter.
on March 24, 2020