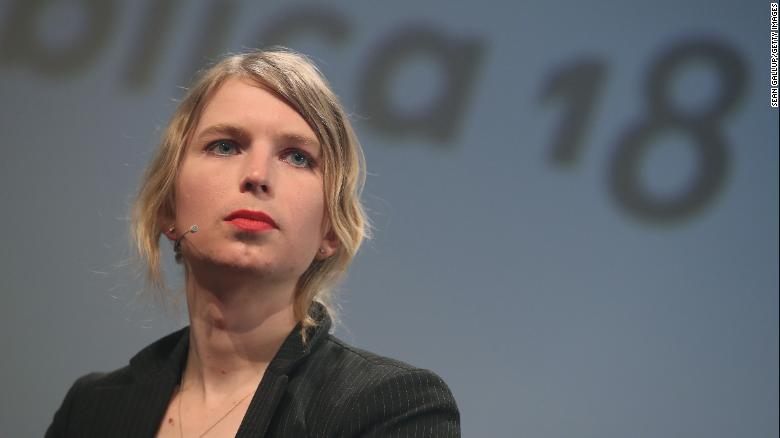 Manning has been detained since May for refusing to testify before a grand jury about her disclosure of military and diplomatic secrets to the online anti-secrecy group WikiLeaks in 2010.

"Chelsea Manning attempted to take her own life. She was taken to a hospital and is currently recovering," her legal team said in a statement Wednesday. Alexandria, Virginia, Sheriff Dana Lawhorne confirmed that there was an incident at the Alexandria jail involving Manning, but did not provide additional details.

"Manning has previously indicated that she will not betray her principles, even at risk of grave harm to herself," her legal team said, adding, "Her actions today evidence the strength of her convictions, as well as the profound harm she continues to suffer as a result of her 'civil' confinement."

She is scheduled on Friday to appear for a hearing on a motion to terminate the contempt sanctions from her refusal.

She was jailed for nearly two months for refusing to testify before another grand jury in March 2019. During her detainment, she was issued a second subpoena to appear before the grand jury. She was released from federal custody for about a week, before she was once again found in contempt by a federal judge and ordered to return to jail.

She is also being fined $1,000 a day, which, according to her lawyers, has reached nearly half a million dollars.

Manning "remains unwavering in her refusal to participate in a secret grand jury process that she sees as highly susceptible to abuse," her legal team said Wednesday.

Manning was convicted in 2013 for leaking millions of State Department cables and a classified video of a US helicopter firing on civilians and journalists in Iraq in 2007 to WikiLeaks.

Her sentence was commuted by former President Barack Obama and she served about seven years in military prison until her release in May 2017.
on March 12, 2020