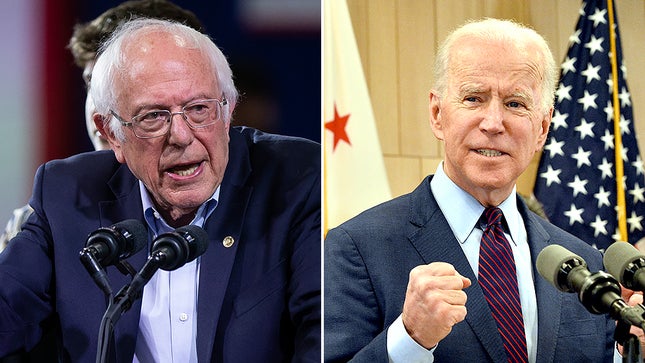 It’s the latest poll to show Biden with a wide lead in Michigan, suggesting the former vice president is poised to deal a blow to his chief progressive rival in a state that Sanders carried four years ago.

A win for Biden in Michigan’s Democratic primary would also be significant because it will provide 125 delegates, the biggest haul among the six state voting on Tuesday.

A Detroit Free Press survey released earlier on Monday put Biden ahead of Sanders by 24 points. Another poll from the Michigan-based firm Target-Insyght showed Biden with an even wider 41-point lead.

But Patrick Murray, the director of the Monmouth University Polling Institute, said that Michigan has a history of bucking expectations

Polls released in the weeks before the state’s 2016 presidential primaries showed Hillary Clinton with a considerable lead over Sanders. The Vermont senator ultimately beat out Clinton in the primary by less than 2 percentage points.

“Biden appears to have the advantage because he is doing well among some groups that Sanders won four years ago,” Murray said. “But as we learned in 2016, Michigan can defy expectations.”

The Monmouth poll surveyed 411 likely Democratic primary voters in Michigan from March 5-8. It has a margin of error of +/-4.8 percentage points.
on March 09, 2020