Student Loan borrowers are now refusing to repay it back... 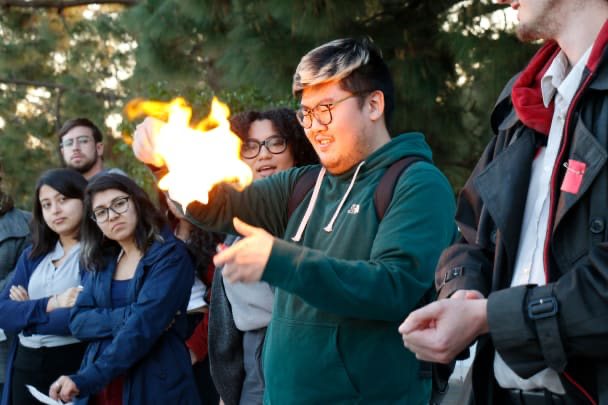 • The Debt Collective, an organization founded by a group of activists who met during the Occupy Wall Street protests a decade ago, is calling on people with student debt to stop paying it.

• The group's goal is to get all private and federal student loans canceled and to make public college free.

• They say there's essentially already a strike occurring, with a large share of borrowers unable to pay down their loans.


Sandy Nurse doesn't see why she needs to be $120,000 in debt "just for trying to improve my understanding of the world."

And so, after a decade of struggling to repay her student loans, she plans to stop trying. She hopes others will join her, too, in a national strike against the country's outstanding student loan debt, which is marching toward $1.7 trillion.

"It's a way not to look at ourselves as failures because we're failing to pay back an excessive amount of money for knowledge," said Nurse, who has founded nonprofits and is currently running for a City Council seat in Brooklyn, New York. "It's a way to share our experiences and to think about how the system is failing all of us."

Earlier this month, at the University of California, Los Angeles, the Debt Collective, an organization founded by a passel of activists who met during the Occupy Wall Street movement of nearly a decade ago, called on people with student debt to stop paying it. At the event, dozens of people lit their student loan bills on fire.

The group's goal is to get all private and federal student loans canceled and to make public college free.

Presidential candidates Sen. Bernie Sanders, I-Vt., and Sen. Elizabeth Warren, D-Mass., have vowed already to wipe out all or the majority of education debt should either make it to the White House. And the proposal has even picked up support from the right as of late.

The country's unpaid student loan debt has long surpassed credit card debt or auto loan balances, and is second only to mortgages. The average balance today is around $30,000, up from $10,000 in the 1990s.


As student loan bills have climbed, incomes haven't. The average hourly wage in 2018 had no more purchasing power than it did in 1978, according to the Pew Research Center. That math backs many borrowers into a corner.

"I have to either pay my rent and get health care, or pay down my loans," said Nurse, who got her bachelor's degree in political science from Emmanuel College in Boston. "It's one of the reasons I don't even think about having children. How can anyone afford it?"


The Debt Collective wants people to stop having to make these choices. So far, the number of people officially on strike is just 359 (the group has a live counter), which is a drop in the bucket when you consider that 44 million Americans hold such debt.

However, Thomas Gokey, co-founder of the Debt Collective, said the movement aims to "politicize" the millions of Americans who already are not repaying their student debt because they can't.

Nearly 30% of borrowers are in delinquency or default. Five years out of school, just half of people with student debt have paid even $1 toward their principal, or the amount they originally borrowed, according to the U.S. Department of Education.

"There essentially already is a strike going on," Gokey said.


Many of the strikers attended for-profit colleges that allegedly misled or defrauded their students.

The share of federal financial aid going to for-profit schools nearly doubled between 1996 and 2012, and today they take in around 15% of the government's aid. More than a decade after leaving for-profit schools, more than half of their student borrowers default on their loans.


"I never benefited from my degree," said Ami Schneider, 33, who attended the Illinois Institute of Art between 2007 and 2010. Schneider is also joining the strike, saying that repaying her loans would be "legitimizing the fraud."

The strike makes sense in light of the fact that the government continues to collect on the debts of defrauded students from for-profit colleges, said Toby Merrill, director of the Project on Predatory Student Lending at Harvard University.

"The idea that debts can be collected with no regard for the validity of those debts is completely lawless," Merrill said. "The Department of Education has given borrowers no choice but to take dramatic action."

Yet higher education expert Mark Kantrowitz believes strikers have little to gain other than wrecking their finances.

"Even if millions of borrowers participated, the federal government has very strong powers to compel repayment," Kantrowitz said, rattling off the consequences of default: wage garnishment, collection fees and ruined credit.

However, Debt Collective members say they're not recommending borrowers default on their loans. "We're not encouraging people to commit financial suicide," Gokey said.

Instead, he said, people with student debt should find a way to bring their monthly bill down to $0. That could be through putting their loans into temporary postponements, including forbearance or deferment, or, if their earnings are low enough, through enrolling in an income-driven repayment plan where their payment would be nothing.


"We aren't saying any of these plans are a solution to the crisis, but they're a weapon we can use while we refuse to pay our student loans," Gokey said.

Policymakers should take the concerns of the strikers seriously, said Persis Yu, director of the Student Loan Borrower Assistance Project at the National Consumer Law Center, a nonprofit advocacy group.

"Millions of Americans are facing unaffordable student loan debt," Yu said. "These borrowers are taking an enormous risk in order to highlight a pressing and important problem."