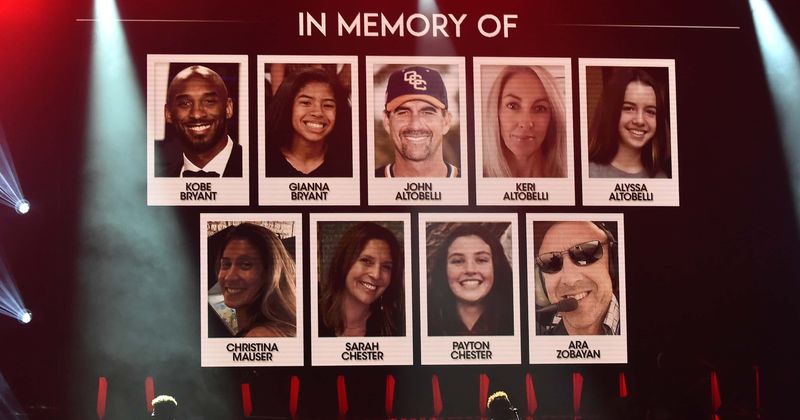 The department told the Los Angeles Times on Thursday that the “matter is being looked into.” It’s not clear who specifically took or leaked the photos in question, or how widely they were shared.

From the Los Angeles Times:

One of the sources told The Times that the sharing of photos of the crash scene and the victims’ remains was the topic of a discussion among first responders two days after the crash.

The source said he saw one of the photos on the phone of another official, in a setting that had nothing to do with the investigation of the crash. The source spoke on condition of anonymity because of the sensitive nature of the matter.
Captain Jorge Valdez told the Los Angeles Times on Wednesday that “his office had been obligated to contact the family members of crash victims” about the photos due to their inquiry, but not due to the allegations against the deputies that leaked the photos. He also said he was “unaware of any complaint” about the leaked photos.

Per the report, the department has had issues with leaking information related to celebrities in the past. An investigation was opened after documents were leaked following Mel Gibson’s drunk driving arrest in 2006, and an officer was fired in connection with leaking a photo of Rihanna after Chris Brown assaulted her in 2009.

Bryant’s helicopter crashed just outside of Los Angeles last month, killing all nine passengers on board. A memorial service was held on Monday for Bryant and Gianna at the Staples Center. Bryant’s widow has since filed a wrongful death lawsuit against the helicopter company, too.
on February 28, 2020