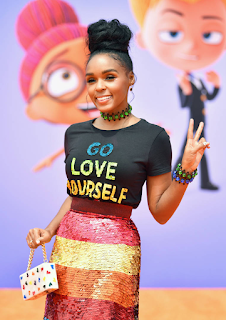 We live in an age where people are making drastic changes to their diets in order to stay healthy. Everyone seems to be alerting the public of food scares from dieticians to doctors, and while some dietary restrictions can do a body good, sometimes people can find themselves in precarious circumstances.

Janelle Monáe is a practicing pescatarian which is a person who doesn't eat meat, but they do eat fish and seafood. Overconsumption of fish can lead to mercury poisoning and, in drastic cases, may be fatal. In a recently released interview with The Cut, Janelle revealed that she's currently recovering from mercury poisoning, and while she didn't go into much detail about her diagnosis, she did say, “I started feeling my mortality."

Symptoms of mercury poisoning can include memory problems, physical tremors, numbness in the body, difficulty standing or walking straight, nausea and vomiting, changes in vision/hearing/speech, or a metallic taste in one's mouth—just to name a few. Janelle shared with The Cut that she's ready to take on motherhood, but before she can begin that journey, she needs to decide when to take a step back from her career after she's recovered from her latest ailment. We sent well wishes to Janelle!"
on February 10, 2020