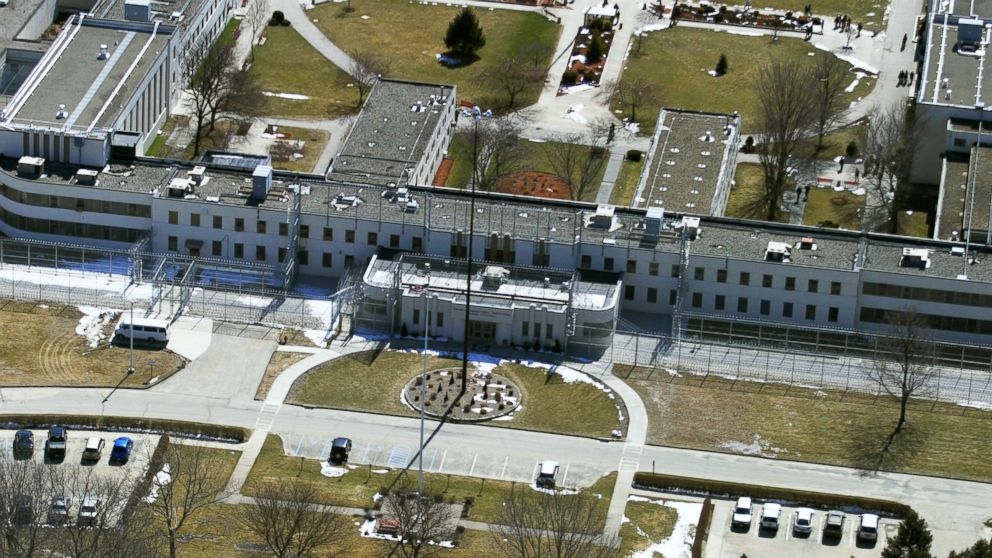 A former Chicago police officer convicted of second-degree murder in the killing of an African-American teenager he shot 16 times received a dose of prison justice just days after Illinois prosecutors moved to seek a harsher sentence for him, his wife said Thursday.

Jason Van Dyke was allegedly beaten by inmates at a federal prison in Danbury, Connecticut, where he was secretly moved to last week, his wife and his attorneys said during a news conference in Chicago.

Van Dyke, 40, was beaten in his cell by several inmates four hours after he was placed in a general population unit at the prison on Feb. 7, said Tammy Wendt, one of Van Dyke's attorneys.

Wendt said a worker at the Connecticut prison called her on Wednesday to inform her that Van Dyke's "safety is at risk."


She said that during a conference call with his appellate attorneys, Van Dyke said he had been attacked by inmates in his cell and that he suffered facial and head injuries.


Wife of ex-Chicago officer Jason Van Dyke breaks down in tears over report he was beaten by inmates in prison.

"I cannot and will not stand by somebody hurting my husband, hurting my family more than we've already been hurt. We are done being hurt." visit this link https://t.co/IRHK5F5S1n pic.twitter.com/3tC0iDJAPD
— ABC News (@ABC) February 14, 2019

Van Dyke's wife, Tiffany, said she fears for her husband's life every waking minute. She said he has not been allowed to call her and she has not been permitted to visit him.

She said she hasn't spoken to him since he was sentenced in January.
"They are punishing him for being who he is. Everybody said it from Day 1: This is a race issue. This is a gigantic race issue," Tiffany Van Dyke said. "They put my husband in a setting to be harmed because of the fact he was a white man who harmed a black gentleman in the line of duty."

Van Dyke had been held at a state prison in Illinois since he was sentenced on Jan. 19. His attorneys and family members were not made aware until two days ago that he was transferred into federal custody on Feb. 5 and sent to the low-security Connecticut penitentiary.

"My husband is a police officer. He is a stand-up man," Tiffany Van Dyke said. "He has always been a stand-up human being. This has already finished. He's had his trial. He was convicted. Everybody got what they wanted. They had my husband put away. All he wanted to do was melt to the background, do his time and come home to his family. Unfortunately, he is not being afforded that right."

Wendt said she was informed of Van Dyke's transfer to federal custody by an Illinois corrections official, who declined to explain the reason for the transfer.

While the prison is described as a minimum-security facility, Wendt said Van Dyke is housed in a unit with "gangbangers and violent criminals" on the last leg of their sentences.

"To put a police officer who has spent his entire career locking up bad guys in with these bad guys, it doesn't take a genius to know that's obviously going to get him in trouble," Wendt said. "It's unconscionable that this happened to him."

Daniel Herbert, another one of Van Dyke's attorneys, said he is in the process of demanding answers from state officials.

"He's allowed to be safe in prison," Herbert said. "The mentality out there seems to be that people won't rest until he is either given a life sentence or killed in prison and that's extremely unfortunate and it's certainly not what our system is about."

Wendt said that since the attack, Van Dyke has been placed in a segregated unit at the Connecticut prison, but is under lockdown 23 hours a day. She said he does have a cellmate.

"This is like Alcatraz with the old-time bars," Wendt said of where Van Dyke is now being held. "But there are prisoners all over the unit."

On Oct. 5, a Cook County Circuit Court jury found Van Dyke guilty on charges of second-degree murder and 16 counts of aggravated battery with a firearm stemming from the 2014 incident in which the former officer fired 16 shots at 17-year-old Laquan McDonald in a span of 15 seconds.

Video released of the Oct. 20, 2014, shooting showed McDonald was armed with a knife but the teen didn't appear to be moving toward the police officers who responded when Van Dyke opened fire.

During his trial, Van Dyke testified that he believed McDonald was coming at him with a knife.

"We never lost eye contact. His eyes were bugging out of his face," Van Dyke said. "His face was expressionless. He turned his torso towards me."

He said he told McDonald to drop the knife but "he never dropped it."

"My focus was just on that knife, and I just wanted him to get rid of that knife," Van Dyke testified.

He was sentenced in January to less than seven years in prison.

Earlier this week, the Illinois state attorney general and a special prosecutor filed a petition with the state Supreme Court challenging a trial judge's sentencing of Van Dyke.

Judge Vincent Gaughan's sentencing of Van Dyke prompted outrage from McDonald's family and community activists who saw it as far too lenient.

In their filing on Monday in what is called a "mandamus" petition, state Attorney General Kwame Raoul and Special Prosecutor Joseph McMahan argued that Gaughan erred in sentencing Van Dyke "solely on the second-degree murder conviction" and by declining to impose a sentence on the counts of aggravated battery.

Citing legal precedent, prosecutors argued that Gaughan should have been required to sentence Van Dyke on the 16 counts of aggravated battery with a firearm. The former officer could have faced at least six years in prison on each charge, for a total of 96 years.

The move by prosecutors prompted Van Dyke's attorneys to file an appeal of his conviction.

Tiffany Van Dyke said she wishes prosecutors would just let her husband do the time he was sentenced to.

"At the end of the day, I want my husband home," she said Thursday, bursting into tears. "I want him to be safe. I don't need people to go into his cell and attack him. The next time this could happen they could kill him. I cannot bury my husband."
on February 25, 2020