FBI is investigating the disappearance of $500,000 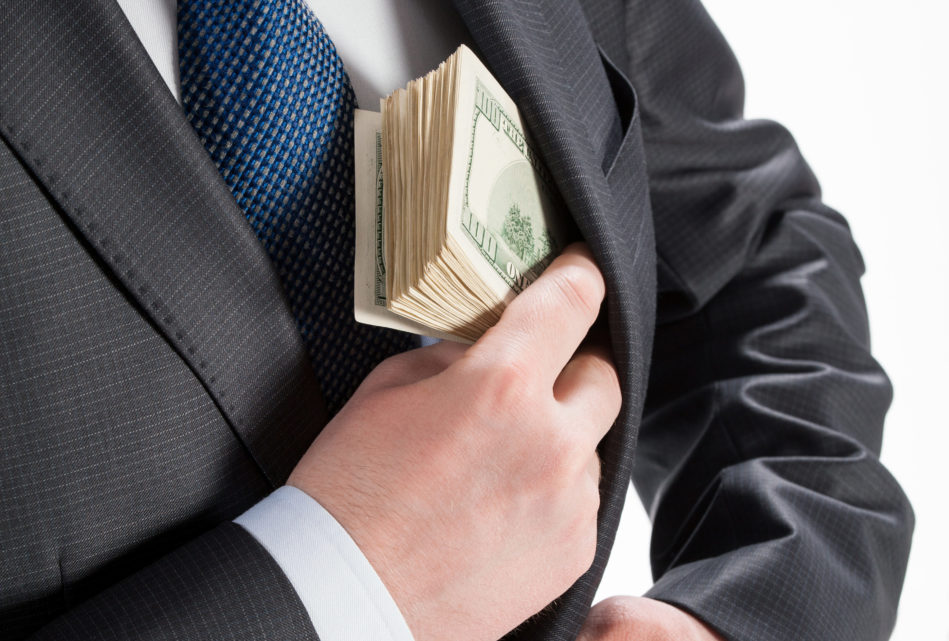 The FBI is investigating the disappearance of some $500,000 from the coffers of the powerful uniorepresenting the country’s roughly 20,000 Border Patrol agents, said the organization’s national president, Brandon Judd.

Judd said the probe is focused on identifying the individuals responsible for siphoning the money from the bank accounts of the union’s El Paso branch in recent years.

“We know the FBI is looking at it,” said Judd, head of the National Border Patrol Council, which has forged a close alliance with President Donald Trump.

Under the Trump administration, the Border Patrol, a once obscure federal agency, has been thrust into the center of a rancorous debate over immigration policy, facing intense criticism over the squalid conditions in the agency’s overcrowded detention facilities, a string of migrant deaths and revelations that some 9,500 current and former agents were part of a private Facebook group that included vulgar and misogynistic content.

Equally troubling has been evidence of ongoing lawlessness in the agency’s ranks. Over the past five years, hundreds of Border Patrol agents have been arrested on charges ranging from drunken driving to murder, causing alarm among congressional leaders, law enforcement experts and the Border Patrol’s own advisory board, which in 2016 warned that criminal misconduct by agents could undermine the agency’s ability to secure the borders.

The unfolding financial scandal in the El Paso sector, one of the busiest and most important in the country, is likely to raise fresh questions about the integrity of the agents tasked with policing the southern border. Staffed and run largely by active-duty agents, the El Paso local represents the interests of more than 1,400 Border Patrol employees stationed across west Texas and New Mexico.

Rumors that the local’s coffers had been looted through a long-running embezzlement scheme had been circulating through the ranks of the Border Patrol since 2018, after a change in the leadership of the local. But it wasn’t *until last November that Judd told a gathering of concerned agents in El Paso exactly how much money was missing.

According to an audio recording obtained by ProPublica, Judd told the agents that forensic auditors hired by the union had discovered “$352,389.31 that was misappropriated. They also found that there was another $150,035.65 that was not properly paid to the IRS in tax money. Somebody pocketed it, just up and walked away.

Judd assured the agents, “We expect there will be indictments.” The theft, he said, had also been brought to the attention of the U.S. Department of Labor, which has the authority to investigate allegations of corruption in labor organizations and often works in conjunction with the FBI.

“It’s a slap in the face,” said one agent and union member who asked to remain anonymous because he wasn’t authorized to discuss union affairs. “This place is notorious for having people in leadership positions who don’t have any leadership skills — and that’s both in management and the union.”

The FBI did not respond to a request for comment. A spokesman with the Department of Labor would neither confirm nor deny the existence of an investigation.

Judd, who was recently elected to a third term as president of the national union, said the auditors, who examined the local’s financial records over a nearly 10-year span, found “many, many discrepancies.”

He didn’t specify when the thefts started and wouldn’t identify the potential targets of the federal probe. But four agents who spoke to ProPublica expressed concerns about the activities of the former head of the local, Robert Russell, and his sister, Dawn Munoz, who handled the local’s finances and prepared its taxes for a decade.

Russell served as the local’s president from 2014 to 2017 and was one of a handful of people with access to its funds, according to interviews and documents filed with the Department of Labor. He was first voted onto the local’s executive board in 2004

In the spring of 2018, after Russell had stepped down as president, the local fired Munoz. Union officials said it was only then that they learned that the finances were in disarray and hired a forensic auditor to scour the books.

In an interview, Russell, a veteran agent who continues to work for the Border Patrol, insisted that no money had disappeared on his watch. “I don’t think there’s any money missing,” he said.

Instead, Russell questioned the motives of Judd, suggesting that Judd and his colleagues had invented the whole embezzlement scandal “to take the heat off of themselves” and to distract rank-and-file agents from the flaws in a new labor contract that Judd negotiated with the federal government last fall. “It’s purely politically motivated, nothing more,” Russell said.

Judd dismissed Russell’s comments: “The FBI is way too busy to investigate hoaxes.”

The union collects roughly $65 per month from each of its members; the money is split between the local and the national office. In 2018, the local operated on a budget of approximately $303,000, federal documents indicate. Membership dues provide the union’s only significant source of revenue, and much of that money goes to pay lawyers and union stewards to assist agents in disciplinary disputes.

Russell said he hadn’t been questioned by anyone from the FBI or the Labor Department. He also said his sister wasn’t involved in any wrongdoing.

In a lengthy interview, Munoz offered a series of contradictory statements about the scandal and her troubled personal history. Court documents obtained by ProPublica show that prosecutors in Texas and New Mexico have charged her with a string of low-level financial crimes dating back to 1991, including theft, forgery, and writing bad checks.

She initially said that she hadn’t heard about the embezzlement controversy. “I have no idea what you’re talking about,” she said. About 30 minutes later in the conversation, Munoz admitted that she knew about the allegations.

Munoz, who also said she hadn’t been interviewed by the FBI or Labor Department, was adamant that she couldn’t have taken funds from the union bank accounts because she didn’t have access to them.
on February 26, 2020