US citizen TRAPPED in the epicentre of Coronavirus outbreak 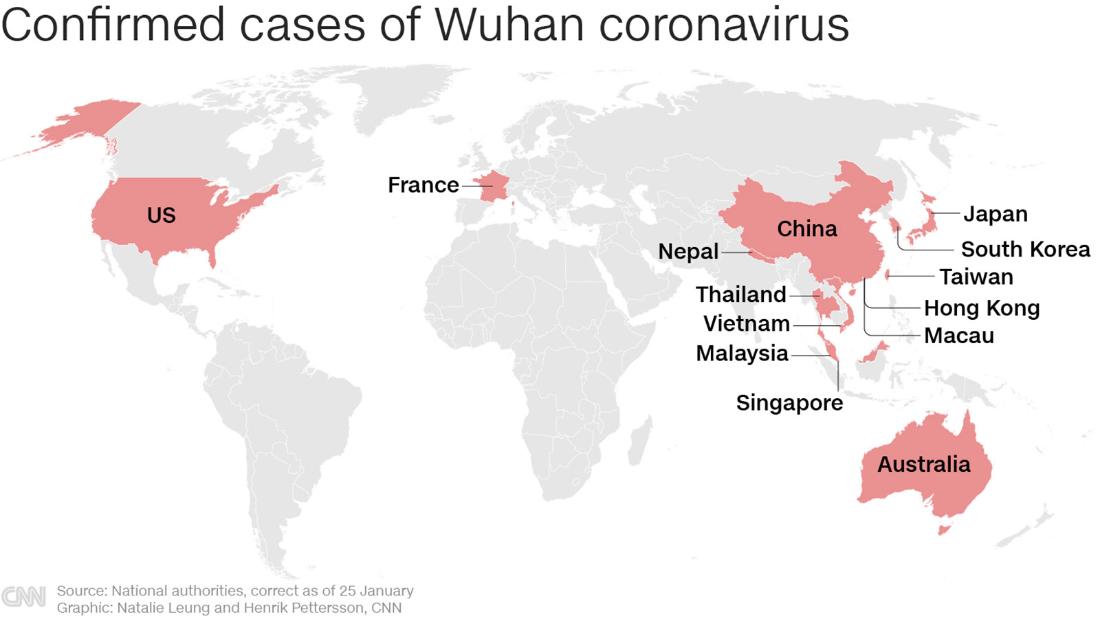 Beijing(CNN) A US citizen trapped at the epicenter of the coronavirus outbreak in China described her fear of living in a city that's cut off from the rest of the country by transport restrictions.

Teacher Diana Adama has been living in Wuhan city for three months of her 15 years in China. Wuhan is the ground zero for a new deadly strain of coronavirus -- with about 1,000 Americans living in the city.


More than 50 people are dead -- all in China -- as the Wuhan coronavirus continues to spread throughout Asia and the rest of the world. Nearly 2,000 cases have been confirmed in mainland China.

Chinese authorities have imposed indefinite restrictions on public transport and travel in Hubei province in an unprecedented effort to contain the spread of the virus.

Residents are feeling disconnected and cut off from the rest of the world, Adama said.

"I woke up feeling quite desperate, sad, angry. Most of this is because of lack of information and lack of knowing what's going on," she said.

Despite her fears and perceived lack of information about Wuhan coronavirus, she does not plan to leave the city in an evacuation flight organized by the State Department.

"Right now I can't leave; I won't leave. Because if I am a carrier, I'm not going to endanger anybody else. And that's just erring on the side of caution," she said.

The State Department has ordered non-emergency personnel and their families to depart China's Hubei province, of which Wuhan is the capital, due to the coronavirus. It's arranging a charter flight to evacuate American diplomats and citizens from Wuhan, a US official said.

A couple, wearing protective masks, kisses goodbye as they travel for the Lunar New Year holidays at a railway station in Beijing.

Private US citizens will be transported "on a reimbursable basis on a single flight" leaving the Wuhan airport Tuesday and flying directly to San Francisco.

"This capacity is extremely limited and if there is insufficient ability to transport everyone who expresses interest, priority will be given to individuals at greater risk from coronavirus," the State Department said in a statement.

The US consulate in Wuhan reached out to Americans registered with the consulate and offered them seats on a flight, the official said. The flight will have medical personnel aboard to treat anyone with the virus and make sure it is contained.

With people rushing to buy face masks to protect themselves from the coronavirus, China's central government has asked manufacturers to interrupt their Lunar New Year holiday to resume production.
on January 27, 2020