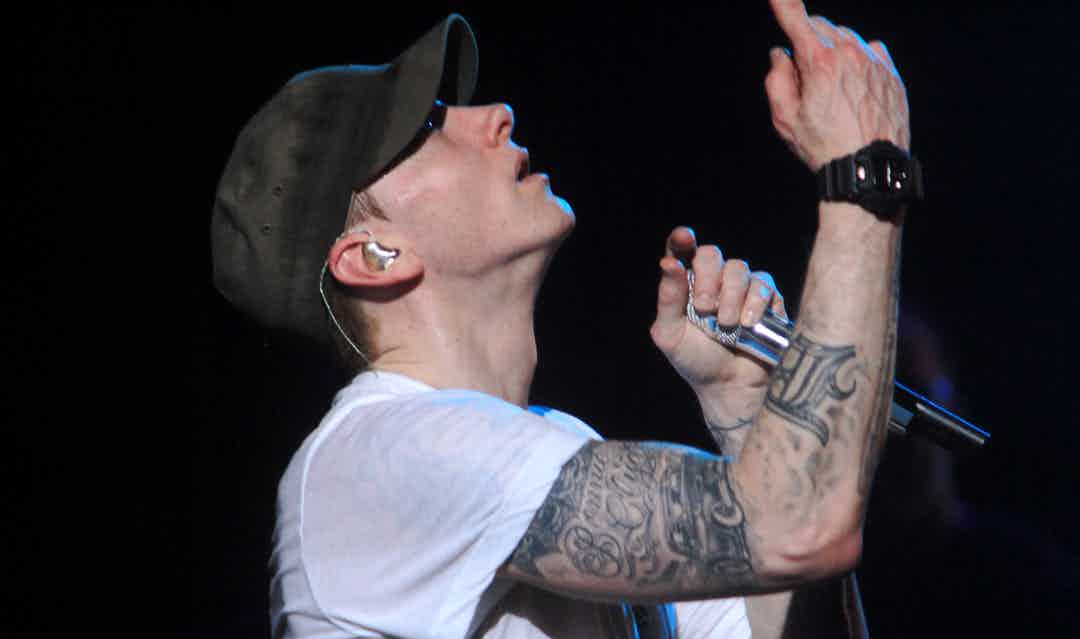 Eminem will have the #1 album in the country this week thanks to his controversial new album Music To Be Murdered By.

Eminem dropped his surprise album on January 17th and immediately sparked controversy with the song "Unaccomodating."

The rapper came under fire because the song has witty lines referencing Ariana Grande, who was performing at the Manchester Arena when a suicide bomber attacked fans as they were leaving her concert in 2017.

The uproar of the album's violent content helped power the sales of Music To Be Murdered By, which moved 275,000 units.