5 million people left the city before travel restrictions were imposed 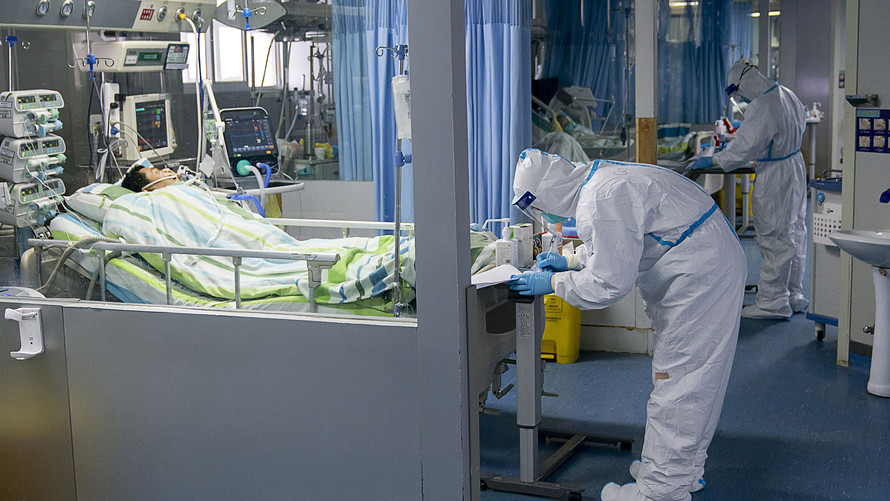 A third U.S. coronavirus case was confirmed Saturday. The patient was in hospital in Orange County and had recently returned from Wuhan.

As a third case of the coronavirus was confirmed in the U.S. on Saturday, the mayor of Wuhan warned that the world should expect infections to keep climbing.

On Sunday, Zhou Xianwang, the Mayor of Wuhan, said that 5 million people had left the city before travel restrictions were imposed ahead of the Chinese New Year. He said he expected at least 1,000 of some 3,000 suspected cases to be diagnosed with the highly-contagious virus.

Ma Xiaowei, the director of China’s National Health Commission, said that the virus had an incubation period of 10 to 14 days, during which the virus can be contagious but the patients does not display symptoms. That would mark a major difference between the coronavirus and SARS.


“From observations, the virus is capable of transmission even during incubation period,” Ma told a news conference, according to a report in the South China Morning Post. “Some patients have normal temperatures and there are many milder cases. There are hidden carriers.”

The pneumonia-causing illness that infects the respiratory tract is now responsible for 80 deaths in China as of Sunday, up from 56 the day before, and more than 2,744 infections, up from 1,975 Saturday, health officials in China said.

In an effort to ensure that people displaying symptoms come forward, Xiaowei said that the patients would not have to foot the bill of any medical costs.The virus is believed to have originated in Wuhan, likely at a food market; the youngest person to die of the illness was a nine-month-old baby girl.

There have also been three confirmed cases in the U.S., health officials in the U.S. said. The latest case, confirmed Saturday, was in Orange County; the person had recently visited Wuhan, and was in good condition. The gender and age of the person were not disclosed.

The first confirmed case in the U.S. was in the Seattle area; a man in his 30s who had also returned from a recent trip to Wuhan, was in good condition in a hospital in Everett, Wash. The second U.S. patient is a female Chicago resident in her 60s, who returned from a visit to Wuhan on Jan. 13.

The spread of the virus was likely helped by travel related to China’s Lunar New Year holiday, which began Friday. This week, officials in Wuhan, a city with 11 million residents, closed the area’s outgoing airport and railway stations, and suspended all public transport.

Chinese officials have since expanded that travel ban to 16 surrounding cities with a combined population of more than 50 million people, including Huanggang, a neighboring city to Wuhan with 7.5 million people, effectively putting those cities on lockdown.

The city’s marathon scheduled for Feb. 9, which typically attracts 70,000 participants, was also cancelled. Most of the cornavirus fatalities were older patients, although a 36-year-old man in Hubei died earlier this week, it added. Several major theme parks have also been shuttered.
on January 27, 2020