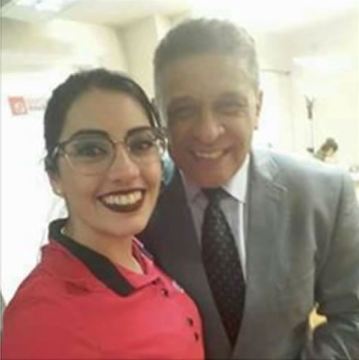 A bachelorette party is a party held for a woman who is about to get married. This party can be a “wild” time on the town or as simple as a night at the movies and/or dinner. The most important thing to remember is that the party should reflect the personality of the bride. There are all sorts of possibilities for a good bachelorette party. However, there are also bachelorette parties that don’t turn out so well. Like this one.

On a photo shared by Facebook user Carmelo Delva, the greatest day of this woman’s life ended after her suppose-to-be husband canceled their wedding. The man called off the wedding when he saw a video of his fiancee having a great time with a stripper during her bachelorette party.

Apparently, the saying “what happens in a bachelor/bachelorette party should stay in bachelor/bachelorette party” was disregarded when someone’s device was hacked and the video was sent to the man. The man saw his fiancee having so much fun as a stripper was on top of her and her friends were cheering her on. The latter part of the video also showed that the fun became more intense and lascivious.


“Husband cancel wedding after they sent him a video of the bride bachelorette party smfh,” Carmelo Delva said on his Facebook post. In a few hours, the post already reached over 17 thousand shares. 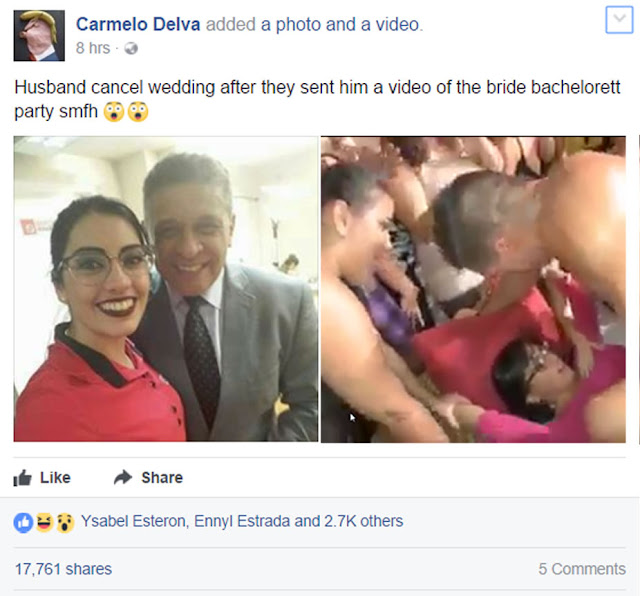 Unfortunately, the video had already been removed by Facebook and YouTube. However, screenshots were still saved and spread over social media.

This should serve as a lesson for everyone that just because you were given one more night of enjoying your life being single, you should not abuse it to the point that it will be the reason for calling out your wedding.